Biggs, who slammed the hearings in the impeachment inquiry into Trump as “Soviet-style proceedings,” brought his resolution to the floor after receiving the support of 135 Republican lawmakers in the lower chamber of Congress.

“We follow rules even when they are represented by the minority party," Biggs said on the House floor. “That’s not happening today. That’s why we have to introduce this motion to censure. No more secret proceedings. No more Soviet-style proceedings.”

The House now has two legislative days to decide when it would debate and vote on Biggs' privileged censure resolution of Schiff. It is assumed, however, that Democrats on Thursday will offer up a motion to table the resolution.

Democrats have the majority and control the floor in the House, but Republicans could still attempt to force a vote on the matter.

Biggs was one of a number of Republican lawmakers who were barred earlier in the day from seeing the transcript of last week’s testimony by U.S. special envoy to Ukraine Kurt Volker. 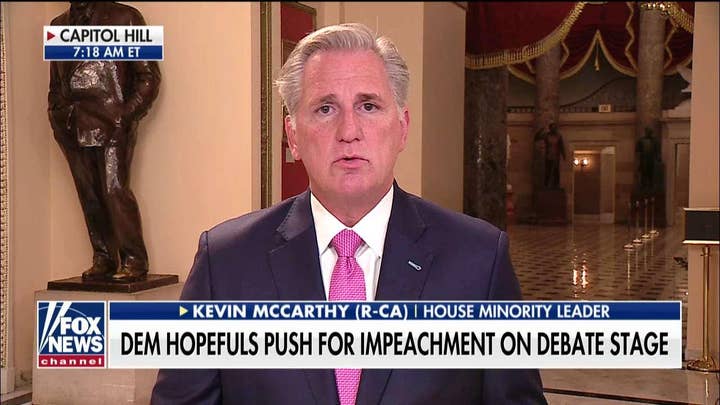 “This is a secret,” Biggs said earlier in the day. “And the only information you're getting out of what's happening there is coming from the leaks that are coming out from the Democrats.”

The resolution to censure Schiff -- who has become a favorite target of Republicans for his role in the Trump impeachment inquiry -- was first introduced late last month by Biggs, the Arizona Republican who chairs the conservative House Freedom Caucus. It quickly gained the support of House Minority Leader Kevin McCarthy, R-Calif., House Minority Whip Steve Scalise, R-La., and House Republican Conference Chair Liz Cheney, R-Wyo., among other ranking Republicans in the lower chamber of Congress.

Schiff, who is leading one of the committees investigating Trump in the impeachment inquiry announced by House Speaker Nancy Pelosi, D-Calif., has been under fire from conservatives for the “parody” of the president’s call with Zelensky that he read at the testimony last month of Acting Director of National Intelligence Joseph Maguire.

Maguire was on Capitol Hill to defend his handling of the explosive whistleblower complaint detailing how Trump pressured his Ukrainian counterpart to investigate former Vice President Joe Biden and his son, Hunter.

The complaint contains allegations related to Trump’s call with Zelensky in July, when he urged him to investigate alleged corruption involving the Bidens. 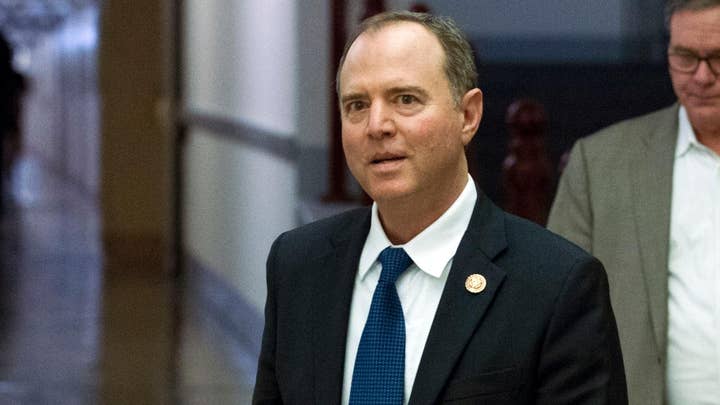 The White House last month released an unclassified version of the transcript of the phone call. The memo, which does not reflect a “verbatim transcript” but is based on “notes and recollections” of those memorializing the call, shows Trump suggesting Zelensky pursue some kind of investigation into Joe and Hunter Biden.

On the dais during Maguire’s testimony, Schiff gave his own exaggerated version of the phone call.

Schiff has defended the version of the phone call he read at the testimony and chalked up his fictional summary of the controversial phone call to parody. 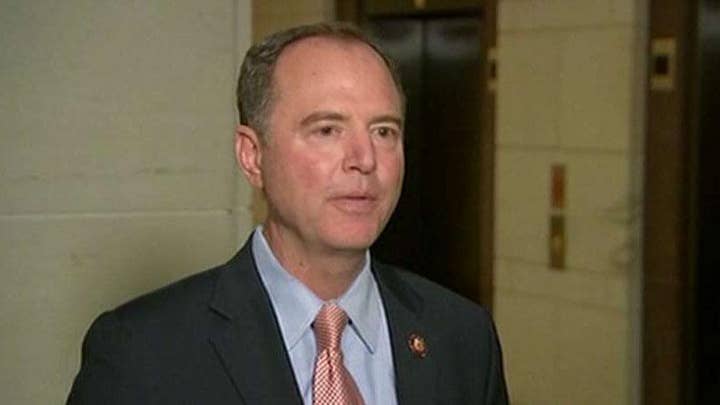 “My summary of the president’s call was meant to be at least, part, in parody,” Schiff said. “The fact that that’s not clear is a separate problem in and of itself. Of course, the president never said, ‘If you don’t understand me I’m going to say it seven more times’; my point is, that’s the message that the Ukraine president was receiving in not so many words.”

Schiff’s office did not return Fox News’ request for comment on the resolution to censure him.