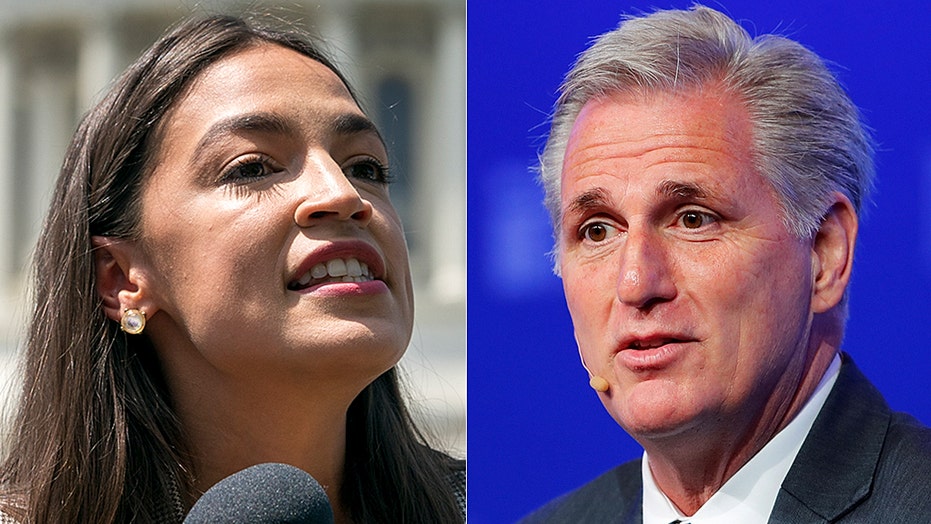 Name a topic, and chances are good that House Minority Leader Kevin McCarthy, R-Calif., and U.S. Rep. Alexandria Ocasio-Cortez, D-N.Y., are on opposite sides.

But now McCarthy appears to agree with AOC that members of Congress deserve a pay raise. Without a salary increase, McCarthy says, only millionaires will be able to serve.

The top Republican in the House made the comments this week as lawmakers scrapped the bill over the possible backlash from increasing salaries for themselves and their staffs.

“When you talk this subject about COLA, a cost-of-living increase, it does invoke an emotion, kind of an impulsive emotion," McCarthy told reporters, according to the Washington Examiner.

“I do not want Congress at the end of the day to only be a place that millionaires serve. This should be a body of the people.”

“I think it's one that we should pause and look at. It's been more than 10 years in the process. The current study says that pay has decreased by 15 percent. I do not want Congress at the end of the day to only be a place that millionaires serve. This should be a body of the people.”

Members of Congress generally make $174,000 per year, with senior leaders earning more, and no cost-of-living adjustments have been made in the past nine years.

Last month, some vulnerable swing-state Democrats, concerned how the proposed $4,500 pay hike would look if it didn't also have Republican support, had signed onto amendments rejecting a similar measure to increase their pay.

McCarthy’s comments echoed previous remarks by Ocasio-Cortez, who argued that lawmakers deserve the increase, otherwise the politicians will turn to lobbying.

“It’s not even like a raise,” Ocasio-Cortez said. She called opposition to the pay increase “superficial. ... This is why there's so much pressure to turn to lobbying firms and to cash in on member service after people leave, because precisely of this issue.”

The Congressional Research Service (CRS) found in May that, adjusted for inflation, salaries for members of Congress "have decreased 15 percent since the last pay adjustment in 2009." Following a cost-of-living adjustment formula established in 2009, members of Congress should currently be making $210,900, the CRS found.