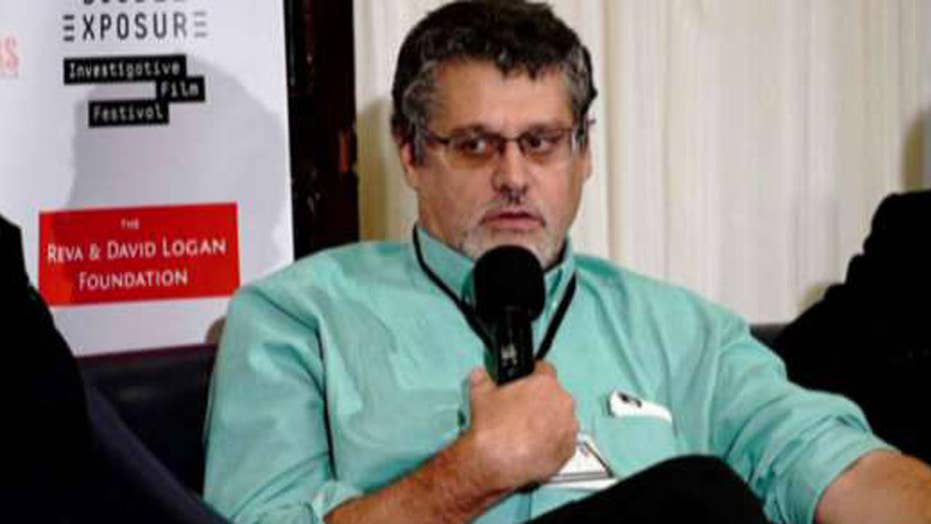 What is Fusion GPS and why did its founder plead the 5th?

The House Intelligence Committee said Saturday it has struck a deal to gain access to bank records from Fusion GPS, the firm behind the salacious anti-Trump dossier.

The company had recently attempted to block the committee’s subpoena for its banking records.

“The parties have reached an agreement related to the House Intelligence Committee's subpoena for Fusion GPS's bank records that will secure the Committee's access to the records necessary for its investigation,” the intelligence committee said in a statement released Saturday.

Lawmakers for months have been trying to investigate the origin of the salacious anti-Trump dossier, which claimed the Russian government had compromising material on President Trump. It was provided to journalists and the FBI last year, when Trump was still a Republican candidate.

Over the last week, it was revealed that Fusion GPS was retained last year by Marc E. Elias, an attorney representing the DNC and the Clinton campaign. The firm then hired former British intelligence officer Christopher Steele to write the dossier.

On Friday evening, it was revealed that the opposition research project was initially backed by the conservative Washington Free Beacon website.

House Intelligence Committee Chairman Devin Nunes, R-Calif., had issued a subpoena on Oct. 4 for Fusion GPS’ TD Bank records. In seeking a "temporary restraining order and preliminary injunction" to block the release of those records, Fusion argued the release would them “their rights to free speech and expressive association as guaranteed by the First Amendment to the Constitution."

Earlier this month, two officials from the political research firm invoked their Fifth Amendment right and refused to answer questions Wednesday before the same House panel on Capitol Hill.