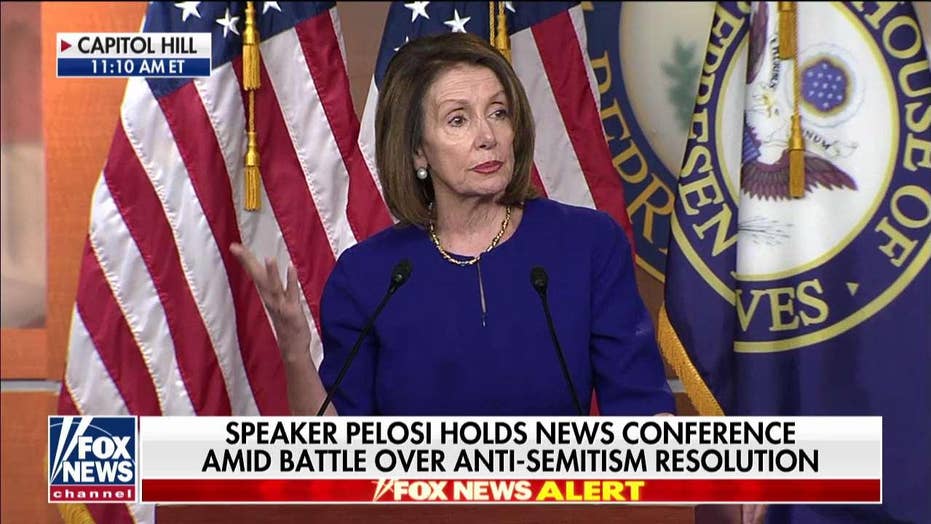 Pelosi speaks to reporters on Rep. Omar's comments about Israel.

Speaker Nancy Pelosi said Thursday that Democrats plan to hold a vote in the House on opposing all “forms of hatred,” after days of infighting within the caucus led to the revision of language in a resolution originally intended to condemn anti-Semitism.

But Pelosi, during a press conference, said the resolution won’t single out Minnesota Democratic Rep. Ilhan Omar, who provoked the outcry over comments seen as anti-Semitic.

“It’s not about her,” Pelosi said of Omar. “It’s about these forms of hatred.”

Text of the seven page resolution was released Thursday afternoon. It condemns anti-Semitism, anti-Muslim discrimination and bigotry against minorities as “hateful expressions of intolerance that are contrary to the values and aspirations of the United States."

The resolution doesn’t mention Omar by name, but it says "imputations of dual loyalty threaten American democracy and have no place in American political discourse." Omar has been accused of spreading that stereotype about American Jews in her recent comments.

The resolution also references the 2017 white supremacist violence in Charlottesville, the 2015 murder of black congregants at a Charleston church and the 2018 murder of worshippers at a Pittsburgh synagogue.

The resolution originated after Omar’s comments. But, facing protests from progressives, Democrats broadened the resolution to condemn other forms of hate too. Pelosi said the resolution will condemn anti-Semitism, Islamophobia and white supremacy.

Asked if Omar should apologize, Pelosi said, “It’s up to her to explain,” adding, “I do not believe that she understood the full weight of the words.”

A senior House Democratic source told Fox News the resolution is expected to be introduced and voted on later Thursday. Fox News is told the resolution was drafted by Maryland Rep. Jamie Raskin and Louisiana Rep. Cedric Richmond, both Democrats.

A Democratic source told Fox News on Wednesday that Pelosi has been "taken aback" by the growing dissent and anger among rank-and-file Democrats over the resolution -- highlighting Pelosi's tenuous grip on control over the House and underscoring the growing power of the party's nascent far-left progressive wing.

Pelosi reportedly walked out of a meeting Wednesday with Democrat House members, setting down her microphone and telling attendees, “Well, if you're not going to listen to me, I’m done talking."

The stalled resolution originated after Omar, for at least the second time in recent months, ignited an uproar by echoing tropes critics have deemed anti-Semitic. In February, she suggested on Twitter that supporters of Israel have been bought. The congresswoman then accused American supporters of Israel of pushing people to have “allegiance to a foreign country.”

DEM LEADERS STEER DISCUSSION AWAY FROM OMAR, FOCUS ON TRUMP'S ROLE IN 'RISE IN HATE' 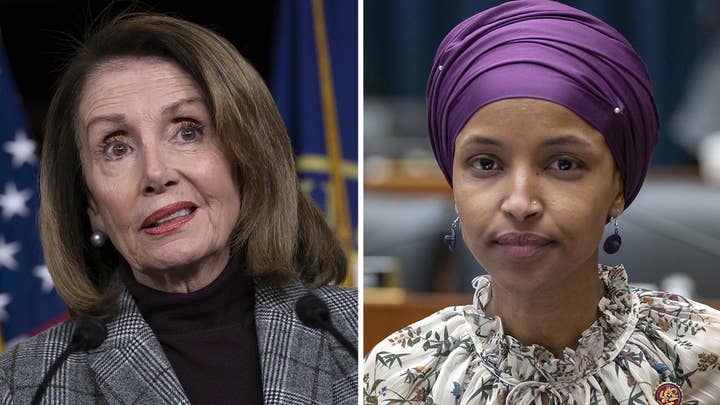 Debate over how to address her latest remarks has overtaken House Democrats in recent days.

A vote on the resolution had been originally planned for earlier this week, but stalled over disagreements among Democrats over the language.

Fox News has been told that there was concern in the Democratic ranks about mentioning Omar by name -- a non-starter for many members of the Congressional Black Caucus. Two knowledgable sources said such a scenario could increase security threats against Omar, who is a Muslim.

Republicans did not specifically name Rep. Steve King, R-Iowa, in a bipartisan disapproval measure that followed comments that seemingly defended white nationalism earlier this year. But GOP leaders stripped King of his committee assignments as punishment -- while Omar remains on the House Foreign Affairs Committee, and Democrats say they have no plans to oust her.

Yet Fox News is told Democrats are also concerned about making “a martyr” out of Omar if they don’t address some of her controversial comments.

But senior leadership sources scoffed at that assertion, saying Pelosi spoke with multiple lawmakers all weekend long about the measure. 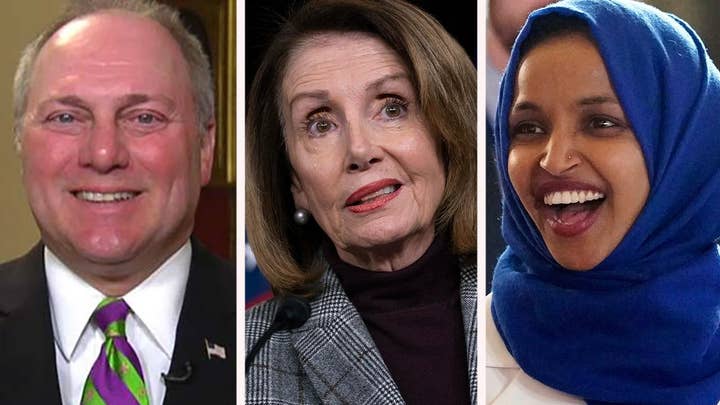 Fox News was also told one senior House Democratic lawmaker expressed concern about the influence pro-Israel interest groups have over the Democratic caucus, prompting debate about a resolution to condemn anti-Semitism in the first place. Their complaints came in contrast to the push by a trio of Jewish lawmakers who have pushed hardest for the resolution: House Ethics Committee Chairman Ted Deutch, D-Fla., House Foreign Affairs Committee Chairman Eliot Engel, D-N.Y., and House Appropriations Committee Chairwoman Nita Lowey, D-N.Y.

The prolonged delay in passing an anti-Semitism resolution -- which threatens to become a public-relations headache for Democrats with each passing day -- spilled over into the 2020 presidential race as well on Wednesday, as White House contender Bernie Sanders, who is Jewish, defended Omar in a statement.

“Anti-Semitism is a hateful and dangerous ideology which must be vigorously opposed in the United States and around the world," Sanders wrote. "We must not, however, equate anti-Semitism with legitimate criticism of the right-wing, Netanyahu government in Israel. Rather, we must develop an even-handed Middle East policy which brings Israelis and Palestinians together for a lasting peace. What I fear is going on in the House now is an effort to target Congresswoman Omar as a way of stifling that debate. That's wrong.”

Added Elizabeth Warren: "Branding criticism of Israel as automatically anti-Semitic has had a chilling effect on our public discourse and makes it harder to achieve a peaceful solution between Israelis and Palestinians."