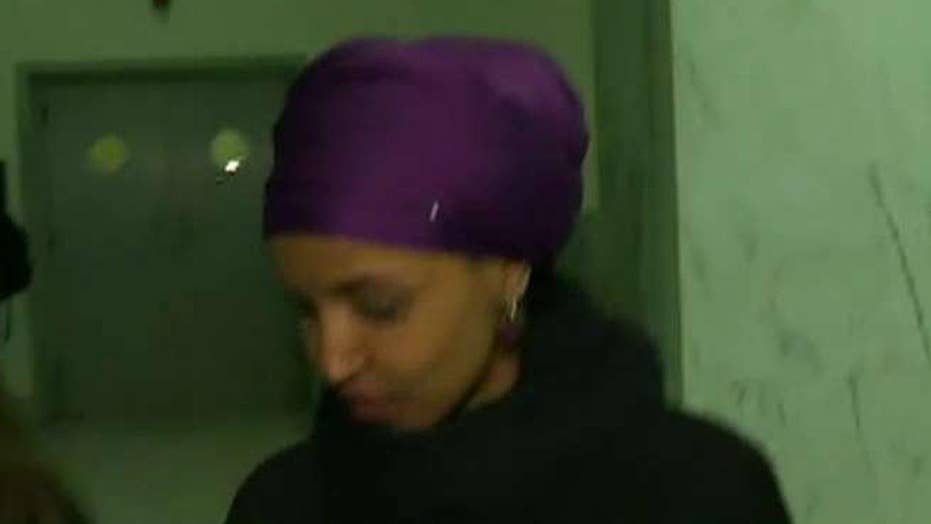 Freshman Rep. Ilhan Omar stays silent when asked whether or not she’s anti-Semitic

Democratic Minnesota Rep. Ilhan Omar refused to address questions on Wednesday about accusations she’s anti-Semitic in light of the drama over a planned resolution on Capitol Hill condemning bigotry.

“Rep. Omar, there seems to be some confusion among your colleagues. Are you anti-Semitic?” Fox News asked the lawmaker.

Omar ignored the question, as well as others about whether she would support the House resolution condemning anti-Semitism that has been delayed because of disagreement among Democrats over its language.

The resolution originated after Omar – for at least the second time in recent months – ignited an uproar for echoing anti-Semitic tropes. In February, she suggested on Twitter that supporters of Israel have been bought. The congresswoman then accused American supporters of Israel of pushing people to have “allegiance to a foreign country.”

The resolution in the House – which doesn’t mention Omar by name – was initially set to be introduced Wednesday. It was intended to say the House “rejects anti-Semitism as hateful expressions of intolerance that are contradictory to the values that define the people of the United States.” 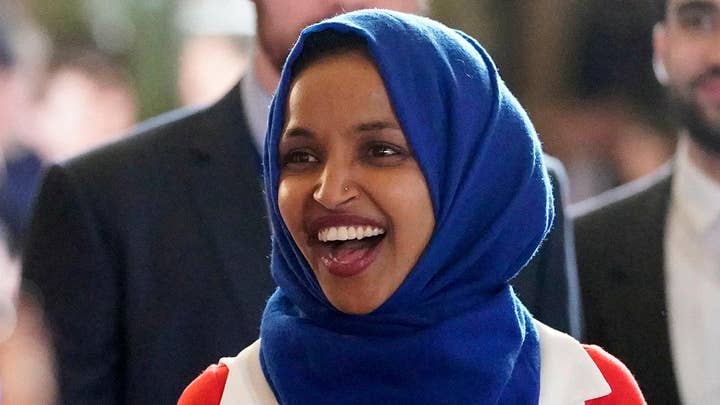 But Democrats have now delayed the resolution, as the party's House leadership works to reword the statement to include other forms of bigotry – all while facing pressure from progressive Democrats who are defending Omar.

House Majority Leader Steny Hoyer, D-Md., told reporters it hasn’t been decided there will be a vote this week. He expressed concern over Omar’s comments, saying there’s a “danger to this type of rhetoric” but said, “I don’t think she’s anti-Semitic.”

Other Democrats, like House Foreign Affairs Committee Chairman Eliot Engel, D-N.Y., have condemned Omar. On Wednesday, Engel said he wants the House to move on the resolution quickly, saying, “I don’t want this to sit out there too long.”

“I don’t want it watered down...it needs to be a strong condemnation of anti-Semitism,” he said.

Omar’s comments have also prompted calls from critics to remove her from the House Foreign Affairs Committee, a move Republicans say would be an appropriate punishment as they stripped Rep. Steve King, R-Iowa, from committee memberships after he made remarks deemed racist.

“The resolution only addresses part of the issue,” House GOP Whip Steve Scalise said Tuesday. “Rep. Omar continues to make anti-Semitic remarks. These are her beliefs. If Nancy Pelosi is serious about denouncing anti-Semitism and supporting one of our strongest allies, she should remove Omar from the Foreign Affairs Committee.”

Meanwhile, House Democratic leaders are trying to steer discussion away from the controversial comments that started the debate and instead focus on the “rise in hate” in the United States -- and President Trump's role.

Asked by reporters Wednesday about the resolution and whether Omar should lose her seat on the House Foreign Affairs Committee because of repeated comments viewed as anti-Semitic, Jeffries pivoted to Trump. 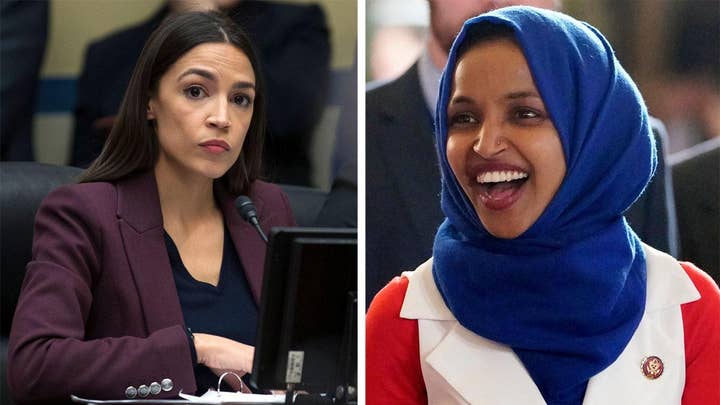 “We are committed to decisively condemning anti-Semitism, racism, white supremacy, Islamophobia, homophobia, and the rise in hate that has taken place in this country – perhaps coincidentally – over the last two years, since January of 2017,” Jeffries said.

He also ripped into Senate Majority Leader Mitch McConnell for suggesting there is a rise in controversial remarks among House Democratic freshmen like Omar, accusing Trump of “hateful” comments.

Some progressives, like Rep. Alexandria Ocasio-Cortez, D-N.Y., came to the defense of Omar on Tuesday, saying that it was “hurtful” that the Democratic leadership was trying to reprimand Omar for anti-Semitic comments while not doing the same when it comes to “statements about Latinx + other communities.”

Ocasio-Cortez added that Democrats should have dealt with Omar privately rather than immediately call her out in public for the comments.