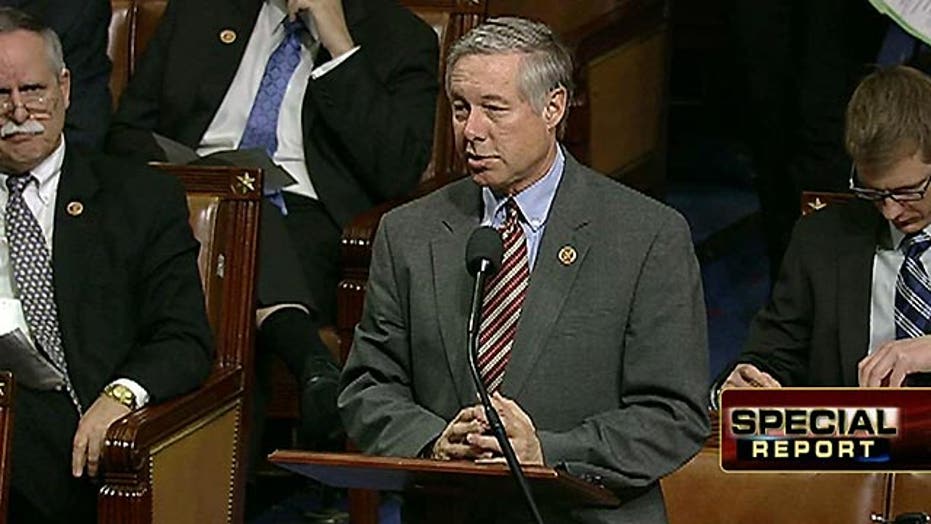 The House on Friday approved a bill to let insurance companies sell health plans that had previously been canceled due to ObamaCare regulations, a day after President Obama moved unilaterally to fix the problem.

The bill passed 261-157. Thirty-nine Democrats crossed over to support the GOP-backed legislation. (Click for the vote breakdown.)

The bill would go a step further than the plan Obama announced on Thursday, by allowing insurance companies to sell the old plans to customers who previously had them, as well as new customers, for another year. Obama's plan would only apply to those customers enrolled in the plans before the cancellation notices went out.

But Republicans, in bringing the bill to the floor on Friday, raised the broader concern that Obama might not have the authority to make those changes on his own. House Speaker John Boehner said he's "highly skeptical that they can do this administratively."

Further, sponsor Rep. Fred Upton, R-Mich., questioned whether Obama could simply reverse course a few weeks or months down the road. Upton told Fox News that his bill is a "better answer -- because who knows how his executive order is going to be tested?"

The White House has already vowed to veto the House bill, suggesting it goes too far. Before the vote, Republicans turned away a Democratic alternative that would have pared back the GOP bill.

The president's action, and the House vote, were both meant to address the concerns of millions of Americans who have lost their current insurance plans because they didn't meet the minimum standards under the law.

But either "fix" -- the administrative change from Obama, or the House bill -- is bound to cause problems for the insurance industry and state-level commissioners.

In the wake of Obama's announcement on Thursday, they complained that they were unsure how to implement the change, if at all, considering cancellation notices have already gone out and rates have already been set for 2014 in many states.

"What we want to do is to be able to say to these folks, you know what, the Affordable Care Act is not going to be the reason why insurers have to cancel your plan," Obama said of the millions who have received cancellation notices.

Until the president made his announcement, the administration had been assuming that individuals currently covered by plans marked for cancellation would switch to alternatives offered in government-established exchanges. If so, they would be joining millions of others who have lacked insurance in the past.

The people with current individual coverage are a known risk to insurers. But those without generally have had less access to medical services and are most costly to care for. The theory has been that moving people with current coverage into the new markets would help stabilize premiums.

Only last week, Health and Human Services Secretary Kathleen Sebelius told a Senate panel she doubted that retroactively permitting insurers to sell canceled policies after all "can work very well since companies are now in the market with an array of new plans. Many have actually added consumer protections in the last 3 1/2 years."