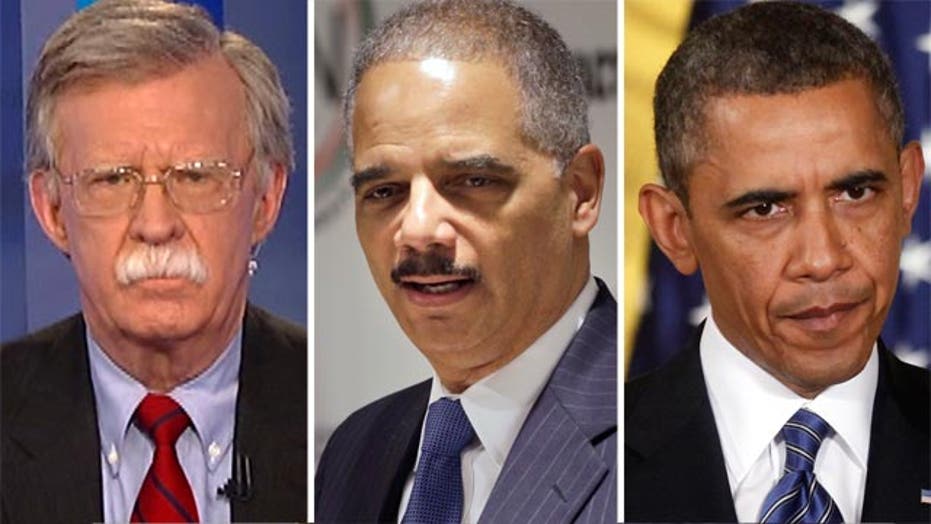 Bolton: President's decision to send Attorney General Eric Holder instead of Secretary of State Kerry to Paris meeting shows he sees terrorism as a law enforcement issue, not a 'war'

Attorney General Eric Holder plans to travel to Paris this weekend for a meeting on terrorist threats, in the wake of the massacre at the offices of a French satirical publication on Wednesday.

A Justice Department official said Holder will attend an "international ministerial meeting" on Sunday convened by the French interior minister.

"The meetings will include discussions on addressing terrorist threats, foreign fighters and countering violent extremism," the official said.

The Obama administration earlier offered U.S. assistance to France as they investigate the deadly attack and search for the two main suspects, who remain at large.