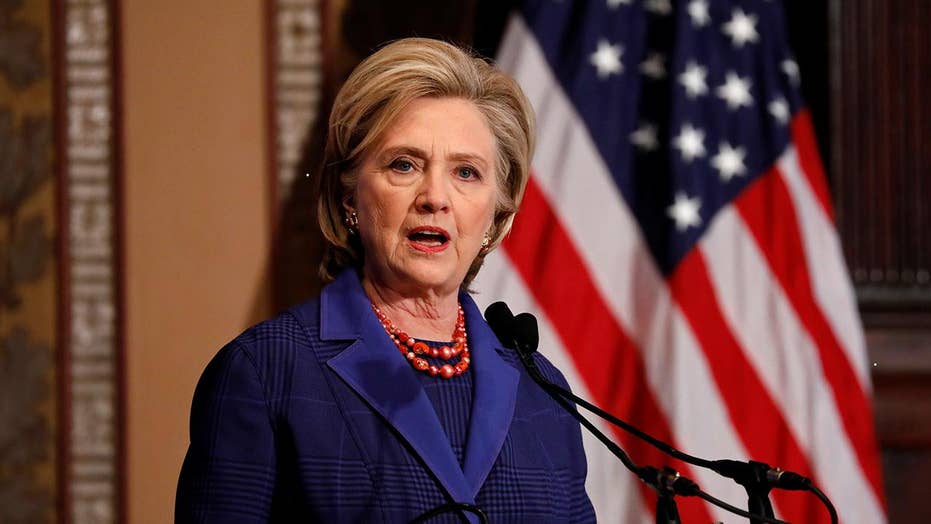 FBI and DOJ in turmoil over handling of Clinton email probe

Hillary Clinton will receive Harvard’s prestigious Radcliffe Medal for her “transformative impact on society,” according to the Ivy League university.

She will receive the award Friday as part of the school’s graduation-week activities.

Clinton is a former first lady, New York senator, secretary of State and two-time Democratic presidential candidate. Her 2016 White House bid was damaged severely by an FBI investigation into her use of private email servers to send and receive classified information while at the State Department.

Organizers at Harvard say Clinton was chosen for the award because she’s a “champion for human rights,” a “skilled legislator” and “an advocate of American leadership” on the world stage.

Former Secretary of State and 2001 Radcliffe Medalist Madeleine Albright will deliver a personal tribute to Clinton, and Massachusetts Attorney General Maura Healey will take part in a keynote conversation with her Friday at the school in Cambridge, Massachusetts.