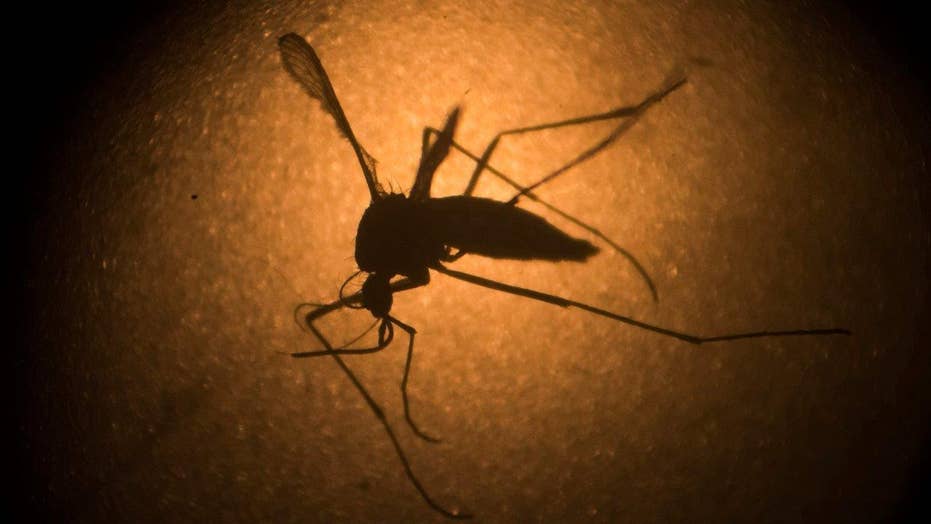 CDC: More than 30 states at high risk of Zika transmission

Top Obama administration health officials sounded a dire warning Monday about the spread of the Zika virus as the spring and summer months approach, saying the number of states where one Zika-spreading mosquito is known to live has more than doubled -- a warning that comes amid a funding battle on Capitol Hill.

“Everything we look at with this virus seems to be a bit scarier than we initially thought,” said Dr. Anne Schuchat, principal deputy director at the Centers for Disease Control and Prevention.

She said a Zika-carrying mosquito is now present in about 30 states, up from 12, while also confirming that the virus – which has been linked to birth defects – can be transmitted sexually as well as through mosquito bites. And she said the virus is now linked to a broader set of complications in pregnancy than first thought.

The warnings -- delivered by Schuchat and National Institute of Allergy and Infectious Diseases Director Anthony Fauci – came amid another funding dispute between the Obama administration and Congress. The administration last week announced that money left over from the fight against Ebola would go to combating the Zika virus, as President Obama seeks a larger amount in emergency funding which has not yet been approved in Congress.

House Speaker Paul Ryan’s office, in response to the briefing on Monday, accused the White House of trying to “politicize the Zika virus” while stressing that funding requests should go through the normal appropriations process.

For now, the decision to divert Ebola money will free up about $589 million, mostly for CDC research on the virus and Zika-related birth defects, as well as the creation of response teams to limit its spread. The National Institutes of Health will continue research into a vaccine and the U.S. Agency for International Development would intensify efforts to fight the virus overseas.

The briefing at the White House on Monday amounted to an alarm bell about the growing risk of the virus.

Schuchat said that not only is a key virus-spreading mosquito now present in about 30 states, but the virus is “likely to be a problem at much of the pregnancy period.”

And she said they are very concerned about Puerto Rico, “where the virus is spreading throughout the island.” She said there could be “hundreds of thousands” of cases and perhaps “hundreds of affected babies,” while saying they’re not waiting for additional money to act, either.

“This is a very, very unusual virus that we can’t even pretend that we know everything about,” said Fauci, who also said they will probably have the first vaccine candidate ready to start in September.

Obama has asked for a total of about $1.9 billion in emergency money to fight Zika, though the request has stalled in the GOP-controlled Congress. White House budget chief Shaun Donovan and Health and Human Services Secretary Sylvia M. Burwell said on a conference call with reporters last week that the administration still needs the full request to fight both Zika and maintain vigilance on Ebola.

Burwell said at the time there were 672 confirmed cases in U.S. territories such as Puerto Rico and the United States, including 64 pregnant women. Zika can also be transmitted through sexual contact and it's estimated that 40 million people will travel between the U.S. and countries with Zika outbreaks.

Republicans on Capitol Hill had suggested the administration consider reshuffling existing funds -- which they have since done -- and have said they are open to paying the money back in future legislation if it's needed for Ebola or some other purposes.

Action on a stand-alone emergency spending bill seems improbable in the bitterly partisan atmosphere in Washington, though such funding could be attached to larger legislation later in the year. At the same time, both the White House and top Republicans have tried to work cooperatively despite the difficult environment.

"I told the White House I'd be supportive of a supplemental if they could show me where the money goes and what it could do," said Lindsey Graham, R-S.C., chairman of the Senate subcommittee responsible for foreign aid.

"It is inexcusable that the Republican majority's failure to consider emergency supplemental funding to respond to the Zika virus, forced the administration to redirect funding that is still needed to monitor and respond to the potential re-emergence of the deadly Ebola virus," Lowey said.