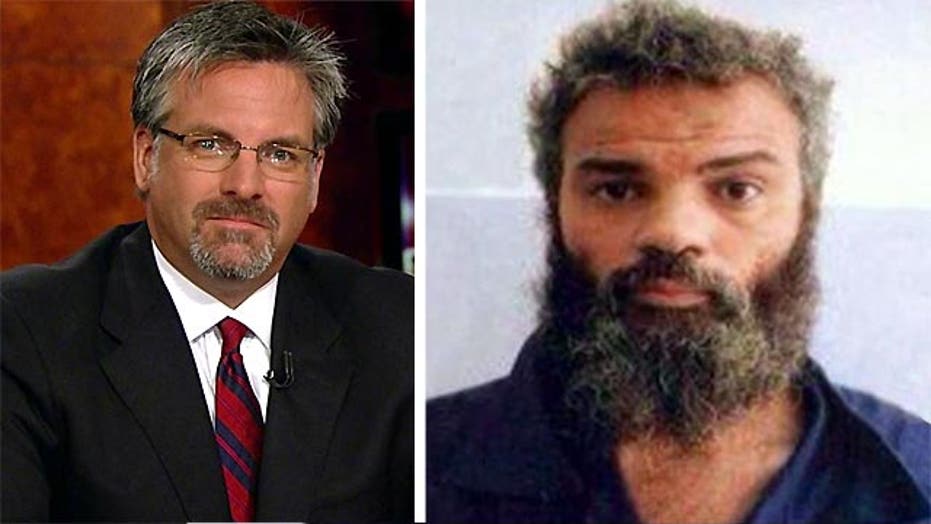 Hayes: Benghazi suspect’s arrest a “good day by all accounts”

Stephen Hayes said Tuesday on "Special Report with Bret Baier" that the arrest of Ahmed Abu Khattala, a key figure in the attack on the U.S. consulate in Benghazi,  is "a good day by all accounts" and an "important" arrest.

"Abu Khattala was involved, he was seen on surveillance video directing some of the fighters in the early stages of the battle at the consulate. So I think it's important that we got him," Hayes, a columnist for the Weekly Standard and Fox News contributor, said.

Khattala, a commander with the Ansar al-Sharia militia long suspected to be a ringleader in the attack, was captured Sunday outside Benghazi as part of a joint U.S. military and law enforcement operation. He is now in custody aboard a U.S. Navy vessel where he will be transported to the United States to face charges in the attack.

Hayes said that while the apprehension of a major player is critical, there are still bigger targets at large.

"There are other people we need to get," he said. "I think we should make it a priority to get them soon. We should have, I think, had them before, but among them: Muhammad Jamal, Sufian bin Qumu, Ali Ani al Harzi, all three people who are ringleaders of the attack, who probably had more knowledge of the actual planning rather than just the execution which I think is probably the case with Abu Khattala."

Hayes also said he does not believe the U.S. should be in a hurry to get Khattala to court.

"We should take as long as we can, as long as we want, to interrogate him, because the intelligence that he has, if he knows any of the operational planning, could be important, could tell us more about the substance of the attack," he said.