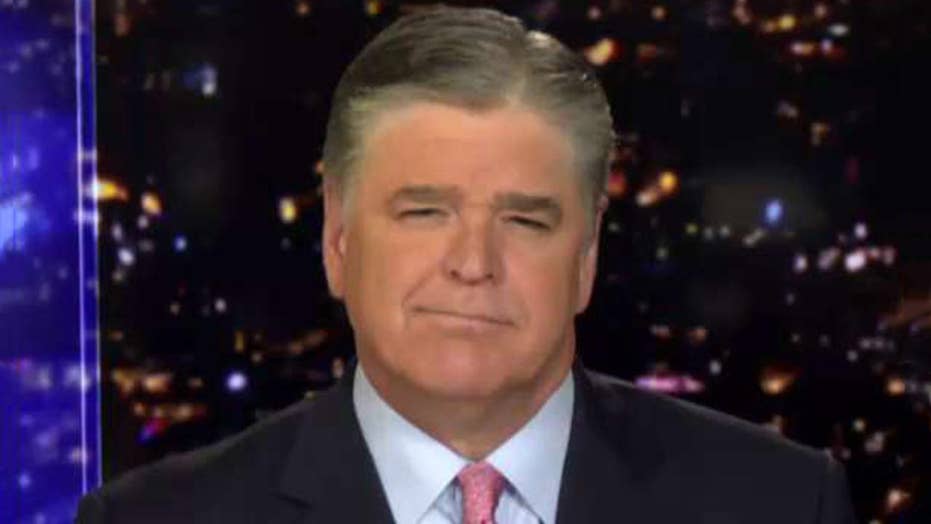 Hannity: Nadler finds a star witness for his circus

Fox News' Sean Hannity didn't hold back Tuesday, going after Democrats for their latest anti-Trump comments and for inviting Watergate figure John Dean to speak on Capitol Hill, while also bashing the "mainstream media" for continuing to "smear" the president.

"Dean only now works for 'fake news' CNN as a professional Trump hater. 24/7 hate, rage psychosis. So, now Jerry Nadler figures 'oh nobody more perfect let's roll him out for yet another... round of Trump bashing even though he has no relevance to the case," Hannity said on his television show.

SCHIFF: MUELLER SHOULD STILL TESTIFY BEFORE CONGRESS ON RUSSIA INVESTIGATION

Democrats on the House Judiciary Committee announced Monday that they would convene a hearing with Dean, the former White House counsel to Richard Nixon and a key figure in the Watergate scandal, in an effort to keep the public focused on the Mueller report. Nadler, D-N.Y., is the committee's chairman.

"The most dangerous place in the country is being between the cowardly Schiff and either a microphone or a camera because he's obsessed with seeing himself and hearing himself," Hannity charged.

Hannity added, "He has lied more than any other single member of congress which says a lot about him."

The Fox News host didn't stop there, calling out MSNBC host Rachel Maddow calling her a "conspiracy theorist" and a "liar."

"Sadly, Rachel Maddow's delusion is not uncommon in the so-called mainstream media. In other words 99% of the media that spent two years lying again and again to the American people," Hannity said.

Hannity also took a shot at Maddow and CNN's ratings saying, "Maddow could use the publicity because her ratings as well CNN ratings have taken a dive" due to their coverage of the Russia investigation.