Former FBI Director James Comey "abused his power," and we are just now starting to see the "mounting" evidence to prove it.

The decision was detailed in a memo released by the House Intelligence Committee in February 2018, an act that Comey subsequently criticized as "dishonest and misleading."

The memo stated that on October 21, 2016, the Justice Department and the FBI "sought and received" a FISA probable cause order authorizing “electronic surveillance” on Carter Page from the Foreign Intelligence Surveillance Court.

Hannity said that the circumstances surrounding the FISA warrant applications were suspicious.

"Comey abused his power. The evidence against him is mounting," Hannity said.

He said anti-Trump dossier source Christopher Steele, a former MI6 agent, reportedly "hated then-candidate Trump and he was willing to do anything to take him down."

Hannity criticized Comey for using Steele's dossier as part of the "predicate" for the FISA warrant application. 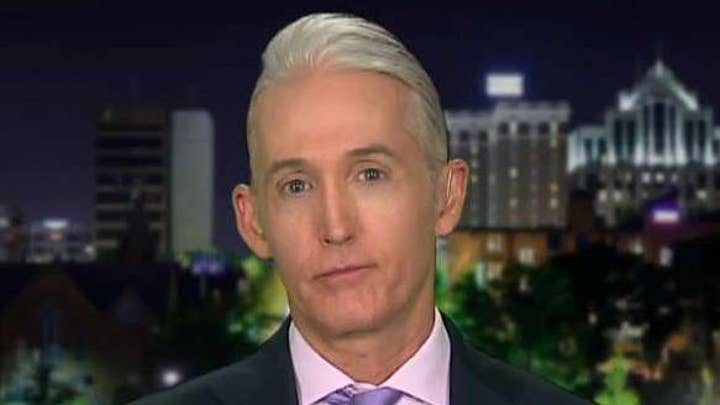 Hannity added that, in a speech in Baltimore, former Deputy Attorney General Rod Rosenstein responded to Comey's critiques of his own personal character.

Rosenstein told the audience that he didn't blame Comey for being "angry," but that the ex-lawman "seems to be acting as a partisan pundit - selling books, and earning speaking fees while speculating about the strength of my character and the fate of my immortal soul."

"It's not looking good for Mr. Super-Patriot Jim Comey," he added. "He was a terrible FBI director."

Hannity said that a "damning shadow" was being cast over him.