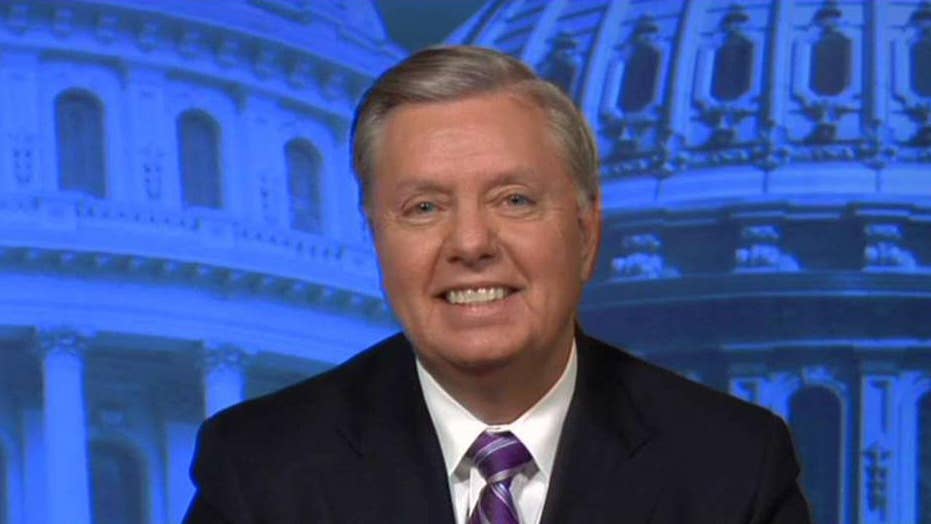 Sen. Graham on how Neil Gorsuch will fare in the Senate

Democrats who refuse to vote for Supreme Court nominee Neil Gorsuch risk looking like “you lost your mind,” Sen. Lindsey Graham said in an interview broadcast on Sunday afternoon.

Graham, speaking to Paul Gigot of The Journal Editorial Report, pushed back on the notion that Senate Democrats could be contemplating a filibuster to try to block Gorsuch, who was nominated to the high court on Tuesday by President Trump.

“I think it would be dumb politically,” said Graham, R-S.C. “There’s at least 10 Democrats in Trump states that would look like not only did you lose the election, you lost your mind.”

DEMOCRATS FUMING OVER GORSUCH BACKED HIM IN 2006

Graham noted he voted for two of former President Barack Obama’s nominees – Sonia Sotomayor and Elena Kagan – “not because I would have chosen them, because I thought they were qualified.”

Graham, in 2005, was a member of a bipartisan group of 14 senators who helped broker a deal to prevent Republicans from utilizing the “nuclear option” to get numerous conservative appellate court candidates confirmed in the face of a Democratic filibuster.

But since then, Senate Democrats abolished the filibuster for federal appointments and many judgeships (excluding the Supreme Court), potentially opening the door to Republicans turning the tables and abolishing the filibuster for Supreme Court nominees. President Trump has openly advocated this approach; however, Graham, a moderate, hopes it doesn’t come to that.

“I don’t think I’m going to have to do that, but I will do whatever is necessary to make sure this president is about to choose a qualified nominee,” Graham said. “And Neil Gorsuch is beyond qualified.”

Graham added that Democratic lawmakers who insist on playing politics are only helping the Republican party in the long run.

“What they’re doing is they’re acting like the election didn’t happen,” he said. “They’re driven by their base. And I think they’re going to hurt the institution and hurt themselves.”