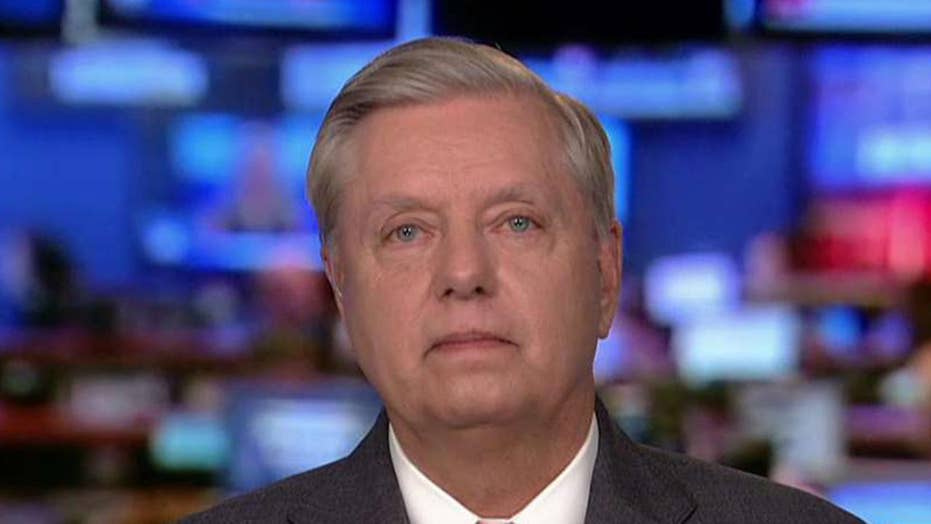 Graham on what he wants to ask Horowitz about dossier findings

In a letter to Barr on Friday, Graham requested interviews with several unnamed case agents and supervisory agents, in addition to Justice Department officials like Bruce Ohr and Dana Boente.

“As you are aware, the Committee is continuing to investigate matters related to the Justice Department and the Federal Bureau of Investigation’s handling of the Crossfire Hurricane investigation, including applications for, and renewals of, a Foreign Intelligence Surveillance Act warrant on Carter Page,” Graham wrote.

"Crossfire Hurricane" was the name for the FBI's initial Russia investigation.

It is unclear, at this point, which former DOJ and FBI officials Graham and his panel could contact for interviews.

The continuation of Graham’s investigation comes after Justice Department Inspector General Michael Horowitz released the findings from his FISA review. Horowitz found specific evidence of oversights and errors by several top FBI employees as they sought to obtain a warrant to surveil Page under the FISA statute.

The FISA Court has ordered an inquiry into a slew of the FBI surveillance abuses over the past several years but has stopped short of requiring the FBI to reverify several potentially impacted warrant applications.

Last week, during testimony before the House Judiciary Committee, FBI Director Wray said that the actions taken by the bureau to obtain the FISA warrant against Page were “unacceptable” and “cannot be repeated.”

The FBI director underscored that activities surrounding FISA during the 2016 presidential election were unacceptable and "unrepresentative of who we are as an institution."