EXCLUSIVE: The secretive Foreign Intelligence Surveillance Court downplayed the role of the former Obama administration official tapped to oversee changes in the FISA system, noting the position is “purely advisory” and it is the court that will determine the final outcome of any proposed surveillance reforms.

In a letter exclusively obtained by Fox News, FISC presiding Judge James E. Boasberg provided a response to a number of questions posed by Reps. Jim Jordan, R-Ohio, and Mark Meadows, R-N.C., last month -- amid criticism from Republicans over the choice to appoint David Kris, an Obama-era assistant attorney general for national security, to oversee FBI reforms to FISA.

“Recognizing the legitimate interest of members of Congress in learning about court operations, and without violating any ethical prohibitions, I am happy to provide the following general explanation regarding the selection of amici,” Boasberg wrote, without ever explicitly naming Kris.

Boasberg detailed the court’s process for selection of an amicus -- in this case an adviser to the court -- noting that it is typically someone “the court would benefit from hearing his or her additional perspective,” and that it is “not uncommon” for the court to pick an individual who has “written, lectured, and spoken on issues within their expertise.”

“In all cases, however, amici is purely advisory, and it is the court, not the amicus, that oversees each matter and determines its outcome,” Boasberg wrote.

Boasberg described the court’s choice, adding that FISC judges are required, under a 2015 statute, to “designate at least five individuals as eligible amici, who, having obtained necessary security clearances, stand ready to assist the FISA Courts in an appropriate matter.” 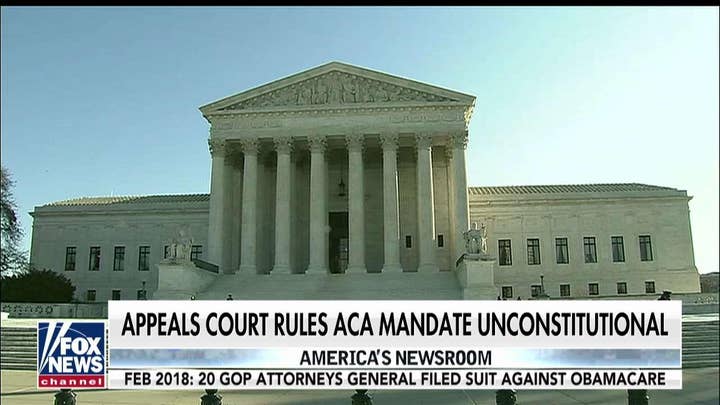 “The designations include individuals who can provide legal advice as well as those who can provide technical expertise. The cleared amici must also have the flexibility to assist the Courts on short notice,” he explained, adding that the FISC considers “availability, interest, subject-matter expertise, as well as potential financial or fiduciary conflicts of interest” in the matter.

“The FISC, not surprisingly, benefits most from amici who have experience in the national-security and civil-liberties arenas and whose work keeps them up to date with the latest developments related to FISA,” Boasberg explained.

“Our Court recognizes how important it is to the nation that the FISA process operates efficiently and fairly,” Boasberg wrote. “The judicial role under FISA includes the responsibility for ensuring the integrity of the Court’s proceedings, a responsibility we judges all take seriously.”

A GOP official blasted the court's response as insufficient.

"FISC's response blatantly ignores important questions about the selection of David Kris, potential FISA reforms, and the court's role in illegal surveillance of Carter Page," the official told Fox News. "Advisory role or not, David Kris will undoubtedly have a hand in the FISA reform process."

The GOP official added: "It's concerning that our of all the people FISC could have chosen to lead it's reform efforts, the court selected an Obama era official who has ignored the illegal surveillance of Carter Page."

Kris served in the Obama administration as assistant attorney general for national security from 2009 to 2011, and he served as an associate deputy attorney general under George W. Bush from 2000 to 2003.

Kris has penned columns in support of the FBI’s surveillance practices, prompting GOP concerns over his new role overseeing reforms tied to those practices.

Yet in his new role, Kris has taken a firm approach -- recently blasting the bureau's proposals for FISA reforms as "insufficient," and saying they must be dramatically "expanded" in the wake of a critical Justice Department inspector general report last year.

Kris, in a letter to Boasberg last month, declared that the proposed corrective actions to the FISA system “do not go far enough to provide the Court with the necessary assurance of accuracy, and therefore must be expanded and improved.”

Overall, Kris echoed the findings of the Justice Department Inspector General (IG), noting that the FBI had "profoundly" and repeatedly "breached its obligation" to provide accurate information to the secret court "through a series of significant and serious errors and omissions" during the Russia probe.

The FISC has ordered an inquiry into a slew of FBI surveillance abuses over the past several years but has stopped short of requiring the bureau to reverify several potentially impacted warrant applications.

Boasberg, in his letter to Jordan, stated that “The Court anticipates, moreover, that additional rulings will be forthcoming.”