Sen. Lindsey Graham ripped the FBI this week over an alleged double standard in how the bureau handled a suspected Chinese spy on Sen. Dianne Feinstein's staff versus how it handled Russian contacts with Trump campaign advisers years later.

As revealed in recent press reports, the FBI briefed the Democratic senator about the alleged Chinese spy, who was then removed from her office.

By contrast, the bureau seemingly kept then-candidate Donald Trump in the dark on the Russia suspicions -- launching a case that would later be taken over by Special Counsel Robert Mueller.

“Although I appreciate the FBI’s diligence in identifying the staffer with potential ties to the Chinese government and providing Senator Feinstein with a defensive briefing, I am deeply troubled that the Trump Campaign was not afforded the same treatment when the FBI began to suspect that campaign staffers George Papadopoulos, Carter Page, Michael Flynn, and Paul Manafort had improper ties to the Russian government,” Republican Sen. Graham, of South Carolina, wrote to FBI Director Christopher Wray.

“It appears that rather than provide then-candidate Donald Trump or Trump Campaign officials with a defensive briefing to inform them of the FBI’s concerns, the Bureau opted to use a confidential informant and a dossier funded by the Democratic National Committee to launch an unprecedented counterintelligence investigation into the Trump Campaign,” Graham continued.

Reports about the alleged Chinese spy in Feinstein’s San Francisco office surfaced earlier this month, though the incident took place roughly five years ago. The staffer reportedly served as Feinstein’s driver, but also took on additional responsibilities in the office, such as working as a liaison to the Asian-American community in California.

The staffer reportedly attended Chinese consulate events on behalf of the senator and was recruited after being befriended by someone from China’s Ministry of State Security.

“Five years ago the FBI informed me it had concerns that an administrative member of my California staff was potentially being sought out by the Chinese government to provide information,” Feinstein said in a statement earlier this month. “He was not a mole or a spy, but someone who a foreign intelligence service thought it could recruit.”

Feinstein said that the FBI “reviewed the matter” and “shared its concerns” with her. The staffer was then immediately removed from her office. Feinstein claimed that the staffer “never had access” to classified or sensitive information.

“The FBI never informed me of any compromise of national security information,” she said.

Graham is not the only member of Congress to complain about the FBI’s approach to both cases. The senator cited a Fox News report from earlier this month, where House Intelligence Chairman Devin Nunes, R-Calif., made a similar statement.

“Providing a defensive briefing, like the one given to Senator Feinstein, is a typical response to these kinds of situations,” Nunes said in a statement to Fox News. “The refusal to give the Trump campaign a defensive briefing, and instead opening a sprawling counter-intelligence investigation of American citizens, is one of many alarming ways that intelligence leaders drastically diverged from normal procedures in their Trump campaign investigation.”

Graham pressed the FBI to divulge the specific protocol for briefing politicians and campaigns about “potential espionage threats” over the last 10 years, and pressed for an answer to why the bureau treated Trump differently than Feinstein.

Graham also is requesting information as to what defensive briefings, if any, were given to Trump or his campaign when concerns about his staffers arose.

One retired FBI special agent and former national spokesman who served at the bureau during the time of the Feinstein investigation, but not specifically on the case, John Iannarelli, told Fox News that the procedure could have been different based on the narrow scope of the Feinstein allegations.

“The Feinstein investigation was very narrow, in terms of who their target was, whereas the Trump investigation appears to be much broader,” Iannarelli told Fox News.

He also suggested that the FBI trusted Feinstein with the information.

“When you’re conducting a public corruption investigation, if you’re looking at someone who’s working for the official but have nothing to indicate that the official is involved, you may notify the official to prevent the investigation from being compromised,” he said.

Earlier this month, the FBI declined to comment on why Trump was not given the same kind of briefing as Feinstein when the investigation began and when Foreign Intelligence Surveillance Act warrants were obtained against Page. 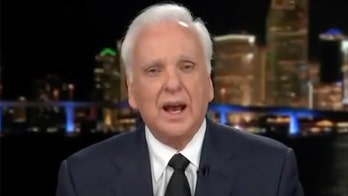 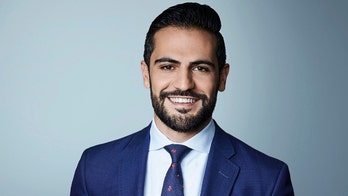 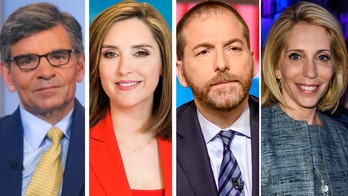