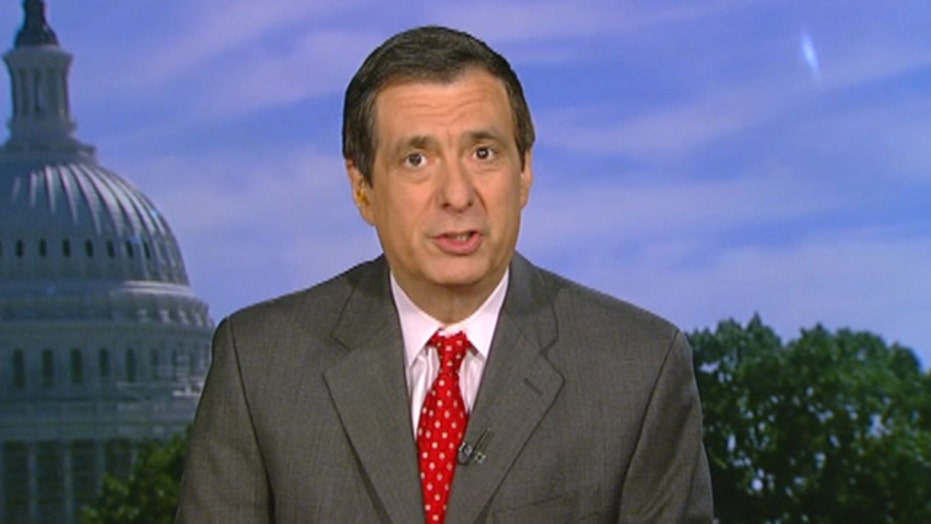 With Republicans increasingly likely to win back the Senate, if various data geeks are to be believed, some liberals are warning of dire consequences.

I suggest everyone take a deep breath.

For the GOP to control both houses of Congress for the last two years of the Obama presidency would indeed be kind of a big deal. But not as earth-shattering as some prognosticators believe.

It’s standard political practice to claim the sky will fall if the barbarians on the other side storm the gates. But for Salon to trumpet that “the GOP is evil and will win” strikes me as a bit of base-rallying ugliness.

If Mitch McConnell gets the gavel back (assuming he beats Alison Lundergan Grimes), he will control what comes to the floor, rather than Harry Reid. The Republicans can more easily bottle up Obama nominations. More subpoena-wielding committees will have the power to launch investigations of the administration. The president may be forced to keep using his veto pen.

There’s a countervailing theory that a Republican Senate could be good for Obama. To tee things up for 2016, the argument goes, the GOP would have to show it’s a governing party and find some common legislative ground with the president.

Case in point: Bill Clinton had a Republican Congress for six years, and he and Newt Gingrich managed to balance the budget and push through welfare reform.

Of course, the cooperation came to a screeching halt when the Gingrich House wound up impeaching Clinton over Monica Lewinsky.

A better analogy might be what happened when the Democrats won both houses for the last two years of George W. Bush’s tenure. Which is to say, not much. The Nancy Pelosi Congress managed to make life difficult for Bush and to push back against the Iraq war, but there was little legislative progress to speak of.

What the doomsayers are forgetting is that it’s absurdly hard to get anything done in the Senate, a chamber in which each member possesses a nuclear weapon. And that’s especially true if the majority party has fewer than 60 votes. Plus, nothing gets done in a presidential election year. So there’s a tight window for any stab at cooperation.

This, however, is the way Salon sees it:

“Despite the obvious fact that the pendulum will soon swing back the other way, we all have to pretend, at least momentarily, to believe that each incoming rainstorm or high-pressure front represents a permanent change in the weather…

“Apparently Republicans really are either stupid or insane, since they seemed surprised to learn that their rightward lurch into an all-white, anti-everything party of fear was a big loser in the 2012 presidential election. They promised to lick their wounds and think hard about immigration and ‘the Latino vote,’ but that did not prove to be necessary, since they now find themselves in another midterm election with a bunch of spineless purple-state Democrats on the defensive and an electorate of ‘highly motivated’ base voters, meaning the old, the frightened and the deeply Caucasian. Ebola and ISIS are pretty much the perfect issues for a GOP midterm victory: They’re scary things from scary foreign places that we don’t really understand and can’t do much about; they call forth alarmist rhetoric and the prospect of wasting lots of money in the name of national security. (All this was manna from heaven for Republican strategists, because Benghazi and ObamaCare had pretty much stopped paying dividends.)”

The Daily Beast’s Michael Tomasky doesn’t use such overheated language, but has his own parade of horribles:

“That’s just the start of what happens if the Republicans win back the Senate this November. Imagine, posits a top aide to Mitch McConnell, a steady stream of legislation, much of it conservative, that will force Barack Obama to start vetoing bills for essentially the first time in his presidency.

“And imagine a Republican Congress, with an eye toward 2016, that could take a number of steps to make life harder for presumed Democratic front-runner Hillary Clinton. First and foremost: continuing their investigations—indeed redoubling them—into the Benghazi tragedy.”

Gee, I can remember the Democratic Congress going after Bush agencies and making life difficult for John McCain in 2008. That’s what opposition parties do.

“The party would then be like the dog who caught the car and has to figure out what to do with it. When the two houses of Congress have been held by different parties, gridlock has made governance almost impossible. But if the GOP controls both the Senate and the House, its members will be under pressure to govern. At least in the Senate, where 60 votes are needed to move major legislation, they'll even have an incentive to compromise to rescue their wholly owned legislative branch from the dank cellar of public esteem…

“But that won't be easy. For one thing, the Senate GOP is deeply divided. On one side are pragmatic conservatives such as [Lamar] Alexander and Ohio's Rob Portman, who want to pass a budget, rein in federal regulations and maybe even tackle tax reform — and are willing to work with Democrats to do it…

“Opposing them from within the party, however, is the take-no-prisoners caucus of Sen. Ted Cruz (R-Texas), conservatives who want to send uncompromising bills to the White House (beginning with the repeal of Obamacare) and force President Obama to veto them.”

The GOP’s divisions aren’t going to vanish just because it’s running the show.

“Republicans are susceptible to the myth of the midterm mandate. Midterm elections generally express unhappiness, not aspiration. But some conservatives took the 2010 result as an ideological turning point. They concluded that Obama’s 2008 victory was an anomaly — that the country, deep down, was really on the Republican side.

“It was a false dawn. As a weakened president celebrated a decisive reelection, a few things should have been clear: At the presidential level, the GOP brand is offensive to many rising demographic groups.”

But first they have to capture the Senate, despite the left wing’s predictions of a dark future.