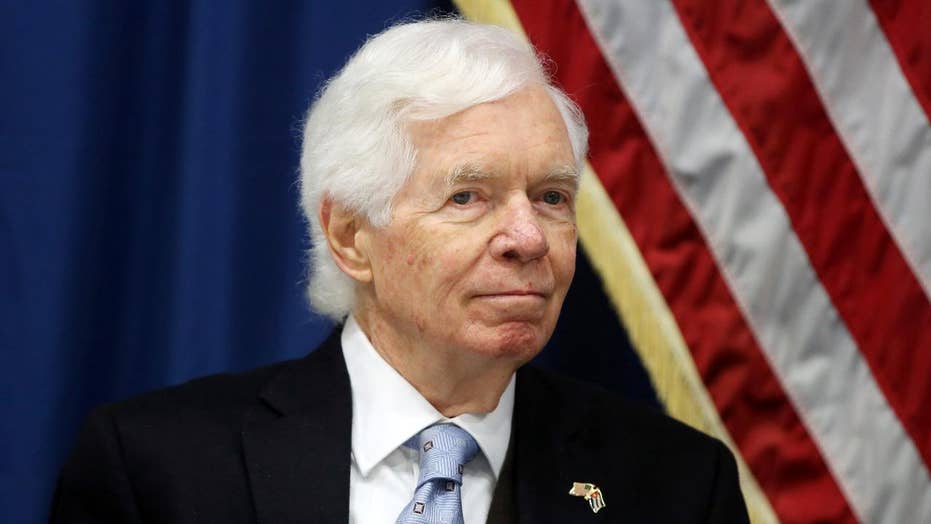 Lawmaker will remain in Mississippi due to health issues; Mike Emanuel reports on the status of the critical vote on Capitol Hill.

WASHINGTON-- Mississippi Sen. Thad Cochran is continuing to grapple with a urinary tract infection that has delayed a planned return to Washington, his office announced on Monday..

The GOP veteran, 79, has been absent from Washington for a month.

The announcement by Cochran's chief of staff Brad White came as Republicans controlling the Senate had hoped to pass a budget measure that's a key step toward the party's goal of rewriting the tax code. It's unclear whether Cochran's absence will delay the budget debate. Republicans control the Senate with a narrow 52-48 margin.

White said Cochran's wife told him late Saturday that the infection had returned. His office had said last week that Cochran would return to work on Monday.

"After a day of monitoring his condition, and on the advice of his physicians and other health care professionals, Senator Cochran has postponed his return to Washington.  He will continue his recuperation at home in Mississippi," White said. "The Senator has expressed his intention to return to the Senate when his health permits, and to fulfill his commitment and duties to the people of his state."

Cochran's health has been the subject of speculation in Washington, fueled by his extended absence and tweets by Trump, who at one point mistakenly said Cochran was hospitalized. Cochran himself tweeted a photo of himself last week, which some insiders took as a response to a story in Politico that raised questions about whether his illness was worse than was being disclosed.

Cochran is the chairman of the powerful Senate Appropriations Committee, which has had its work interrupted because of his illness. The panel had planned to vote on a key homeland security spending measure this week, with a showdown anticipated over spending for a down payment on President Donald Trump's promised wall along the U.S.-Mexico border. That measure is shelved for now.

He is also a GOP loyalist and reliable vote for GOP leaders. A spokesman for Majority Leader Mitch McConnell said he had no updates on whether Cochran's absence would delay action this week on the budget.