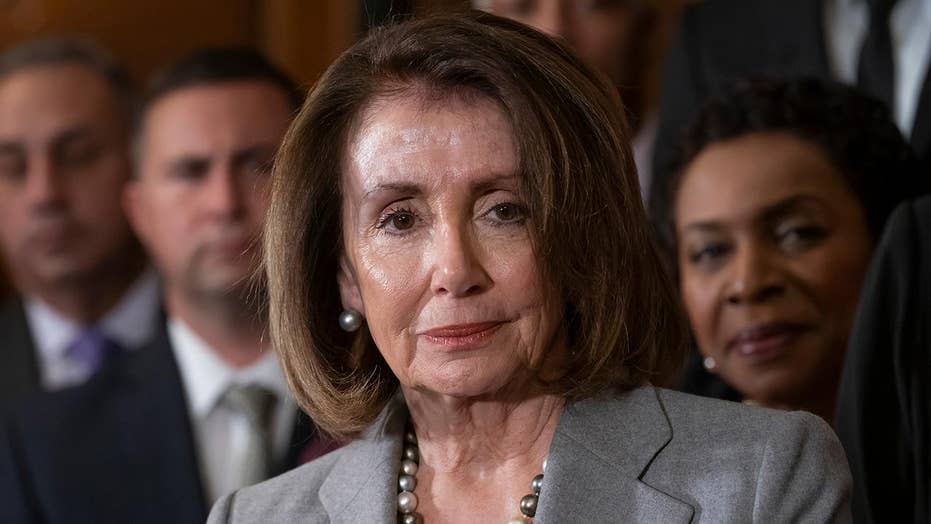 Pelosi faces pushback as Democrats disagree with speaker on impeachment

The political left is on fire after House Speaker Nancy Pelosi took impeachment of President Trump off the table in an interview with the Washington Post; chief congressional correspondent Mike Emanuel reports.

GOP leaders in the House are calling on House Speaker Nancy Pelosi, D-Calif., to hold hearings on the Green New Deal -- part of a broader Republican push to bring more attention to the sweeping plan embraced by the Democratic Party's left flank and derided as socialism by the right.

“We have the responsibility to fully understand all the impacts of the Green New Deal and the impact that it will have not just on our nation -- but will America be able to lead for the next century?” House Minority Leader Kevin McCarthy, R-Calif., said in a press conference Thursday. He said that Republican leaders have written to Pelosi with their request for the hearings.

The deal, which would overhaul the nation’s economy and energy strategy and cost trillions of dollars, has moved rapidly from fringe circles to mainstream discussion, and has been endorsed by much of the 2020 Democratic presidential field.

The resolution introduced by Rep. Alexandria Ocasio-Cortez, D-N.Y, and Sen. Ed Markey, D-Mass., envisions a 10-year mobilization that would upgrade and expand power sources and power grids to meet 100 percent of power demand via clean energy sources, while overhauling transport systems to “eliminate pollution and greenhouse gas emissions from the transportation sector as much as is technologically feasible.”

Rep. Greg Walden, R-Ore., ranking member on Energy and Commerce Committee, said Thursday that Republicans want to hold Democrats accountable for a plan that he said, “has become a central plank in [Pelosi’s] party’s platform.” 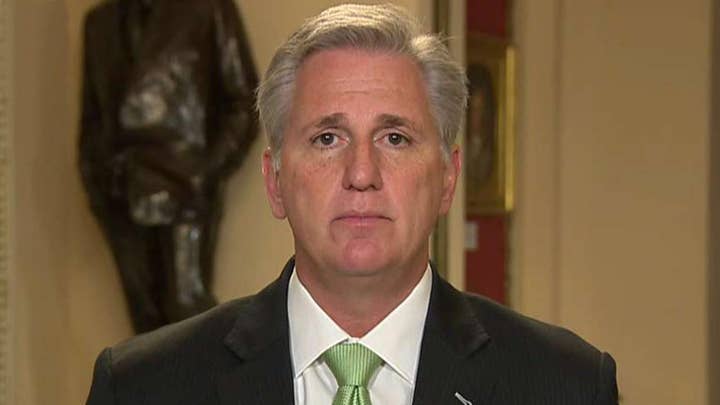 “It’s billed as a solution for climate change. The Green New Deal threatens the entire United States economy and it stretches into every corner of American life.”

“Not only do we believe this is unrealistic, we believe it could put the American Dream out of the reach of millions of Americans,” he later said.

Pelosi has expressed hesitation about the deal. In February, she initially dismissed it as “the green dream or whatever they call it, nobody knows what it is, but they’re for it right?” She later clarified that she welcomes “all the enthusiasm that is out there.”

But later in the month, she said that she would not commit to holding a vote, saying that Congress needs something that is “evidence-based.”

“We welcome all the enthusiasm that people want to put on the table, and the Green New Deal is one of them, but we have to operate in a way that’s evidence-based, current in its data,” she continued.

That skepticism was shared by Sen. Dick Durbin, D-Ill., who said that after he read the resolution, he asked Markey, “What the heck is this?”

“At this point, I would be – I can’t tell ya', to be honest with you. I’ve read it and I’ve re-read it. And I asked Ed Markey what in the—what in the heck is this?” Durbin said on MSNBC’s “Morning Joe.” “He says it is an aspiration, you know, it’s a resolution aspiration.”

The cautious approach suggests a nervousness from more moderate Democrats that many Americans will balk at such a radical approach to climate change and income inequality. That tension was on display this week when the AFL-CIO labor union outlined its concern to Markey and Ocasio-Cortez.

The Republican approach appears to be an effort to force lawmakers to either back the deal or anger their left-wing base. The House leaders’ calls echo those from Senate Majority Leader Mitch McConnell, R-Ky., who said last month that he intends to hold a vote on the proposal.

“I’ve noted with great interest the Green New Deal,” McConnell said earlier this month. “And we’re going to be voting on that in the Senate. We’ll give everybody an opportunity to go on the record and see how they feel about the Green New Deal.”