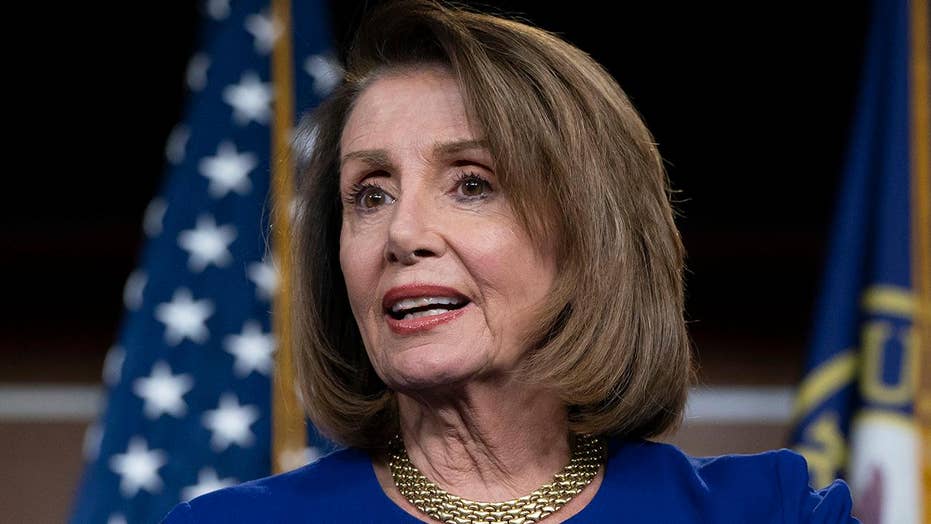 Nancy Pelosi says vote on the compromise government funding bill will go ahead.

House Speaker Nancy Pelosi will not commit to holding a vote on the Green New Deal touted by progressive lawmakers, saying Congress needs something that is “evidence-based.”

The sprawling Green New Deal proposal was recently put forward by freshman Rep. Alexandria Ocasio-Cortez, D-N.Y., and Sen. Ed Markey, D-Mass. The package is focused on income inequality and climate change, calling for a complete transition to clean, renewable energy -- but also including a host of far-reaching economic programs including guaranteed jobs.

But while the plan has been embraced by numerous 2020 Democratic presidential candidates, lawmakers on both sides of the aisle have raised questions about its multi-trillion-dollar price tag and the sheer logistics of implementing it. 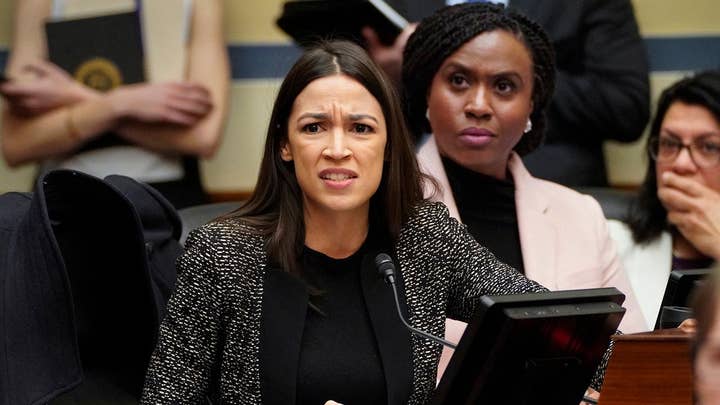 “We welcome all the enthusiasm that people want to put on the table, and the Green New Deal is one of them, but we have to operate in a way that’s evidence-based, current in its data,” she continued.

Pelosi said that House Democrats and committee leaders would be more keen on crafting actual legislation to combat climate change and other issues incorporated in the Green New Deal, rather than the resolution—which in its current form, is nonbinding.

When the proposal was first rolled out, Pelosi said it was one of many "suggestions" the leadership would receive.

"The green dream or whatever they call it, nobody knows what it is, but they're for it right?" Pelosi told Politico earlier this month.

Pelosi’s comments come as several moderate Democrats have expressed concerns with the plan.

House Majority Whip Dick Durbin, D-Ill., last week said that after he read the resolution, he asked Markey, “What the heck is this?”

“At this point, I would be – I can’t tell ya', to be honest with you. I’ve read it and I’ve re-read it. And I asked Ed Markey what in the—what in the heck is this?” Durbin said on MSNBC’s “Morning Joe.” “He says it is an aspiration, you know, it’s a resolution aspiration.”

Meanwhile, Ocasio-Cortez is touting the plan as the only thing that can save the world from “dying now.”

“The whole premise of the Green New Deal, is that we’re screwed on climate. I’m sorry to break it to you,” she said in an Instagram Live video over the weekend, while acknowledging that the resolution itself would do little because it is non-binding.

“If we called a vote on the Green New Deal … nothing will happen!” she stressed. “Literally, nothing would happen because it is a resolution. It is a statement. Be it resolved. It is us agreeing to a statement. Not any binding course of action.”

Meanwhile, Senate Majority Leader Mitch McConnell, R-Ky., plans to force a vote on the Green New Deal, in an effort to force Democrats to officially go on the record for the sweeping proposal.

“I’ve noted with great interest the Green New Deal,” McConnell said earlier this month. “And we’re going to be voting on that in the Senate. We’ll give everybody an opportunity to go on the record and see how they feel about the Green New Deal.”

2020 presidential hopefuls like Sens. Kamala Harris, D-Calif.; Elizabeth Warren, D-Mass.; Cory Booker, D-N.J.; Kirsten Gillibrand, D-N.Y.; and Bernie Sanders, I-Vt.,  have signaled their support and would be forced to go on record with that support if McConnell holds the vote.