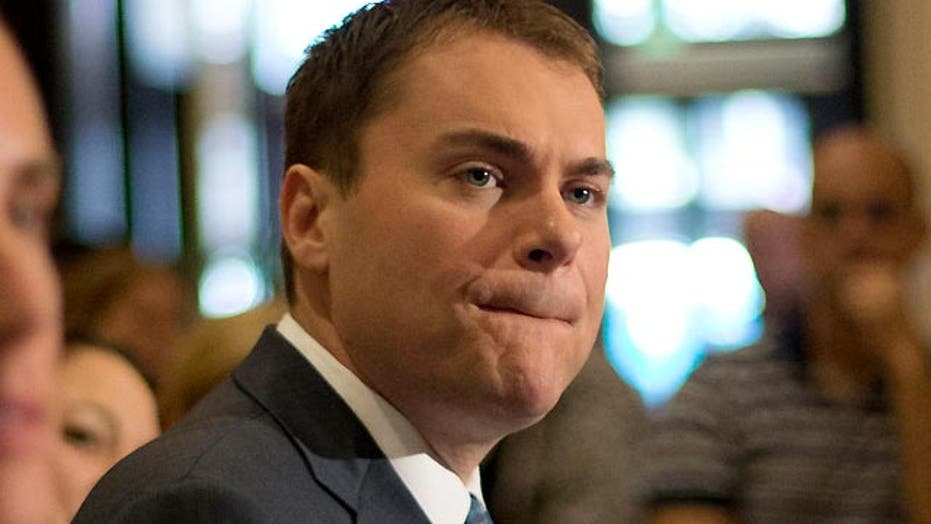 In the city where Bob Filner was forced to resign as mayor under a cloud of harassment claims, the Republican candidate for Congress – Carl DeMaio – is facing his own salacious accusations that have scrambled the race in its closing days.

So far, though, Republican Party brass are sticking by their candidate, who vehemently denies the allegations.

House Speaker John Boehner attended a fundraising event for the candidate after the accusations were made public late last week. The National Republican Congressional Committee also is brushing off the new claims.

And DeMaio, who is openly gay and previously served as a member of the San Diego City Council, continues to gain endorsements. Most recently, the American Nurses Association PAC announced their support for the candidate this week -- calling him a “leader who is committed to improving health care in this country.”

This all comes after DeMaio’s former staff member, Todd Bosnich, told CNN the candidate masturbated in front of him this past April, and on separate occasions tried to kiss and grope him. The 29-year old staffer says when he finally confronted DeMaio about the unwanted advances, he was fired from the campaign.

The timing of the allegations alone is bad news for DeMaio, who has only weeks to go before voters decide if he will represent the 52nd Congressional District. Recent polls show him almost 3 points up against Democratic Rep. Scott Peters – whom he’s trying to unseat -- in a race that has been nearly tied over the past several months.

“This is going to hurt him. Whether it’s fatally or not remains to be seen. But this certainly has not helped his effort and any slim margin that he had before this scandal has eroded, I’m sure, in the next poll,” said Brad Blakeman, a former adviser President George W. Bush.

The congressional hopeful has denied all allegations, claiming Bosnich was actually fired from the campaign for “a well-documented plagiarism incident of taking a report from the National Journal and passing it off as his own work."

DeMaio is referring to an incident that happened back in May, in which the National Journal accused him of plagiarizing one of its investigative reports. The report listed congressional “double dippers,” members who receive congressional salaries at the same time they are dipping into pensions from previously held positions in public service. DeMaio’s opponent, Scott Peters, was on that list.

DeMaio has since apologized for passing off the work as his own, claiming his staff lifted the content. He also says Bosnich is a suspect in a campaign office break-in, which took place shortly after the firing is said to have occurred.

“This is par for the course in politics,” DeMaio said in a news conference. “If an individual does something wrong, they will continue to make up something and I think that is pretty shameful. But our campaign has been very, very confident that this individual will be held accountable for their actions.”

Bosnich admits he was interviewed by police in connection to the incident, but denies any involvement in both the break-in and the plagiarism claims. He is adamant that his firing was a result of his confronting DeMaio.

Bosnich publicly released polygraph test results late last week in an attempt to validate his harassment claims. The report states Bosnich answered a series of six questions about the truthfulness of his claims, and there was “no deception indicated” in each of the answers.

DeMaio has strongly denied these claims, going so far as to take a polygraph test to dispel them. The results of that test stated DeMaio was being honest when he denied Hueso’s shocking allegation.

Hueso is currently embroiled in his own fight to win re-election after being charged with DUI back in September.