The battle over border wall funding just went viral as one GoFundMe account is trying to raise money for President Trump’s controversial barrier, while another is looking for funds for ladders to scale the wall.

Last week, conservative activist Brian Kolfage set up a GoFundMe campaign to raise private funds to pay for Trump’s border wall. To date the campaign has raised a little over $16 million toward its goal of $1 billion – a far cry from the $21.7 billion that the Department of Homeland Security says is needed to build a wall along the entire southern border.

Still, that $16 million was enough to spur liberal activist Charlotte Clymer to start a GoFundMe campaign to buy ladders to climb the wall. The newly created campaign is a bit tongue-in-cheek and even the fund’s founders admit they probably won't reach their $100 million goal (the fund currently has only raised around $135,000), but whatever amount is eventually raised will be donated to the Texas-based Refugee and Immigrant Center for Education and Legal Services. 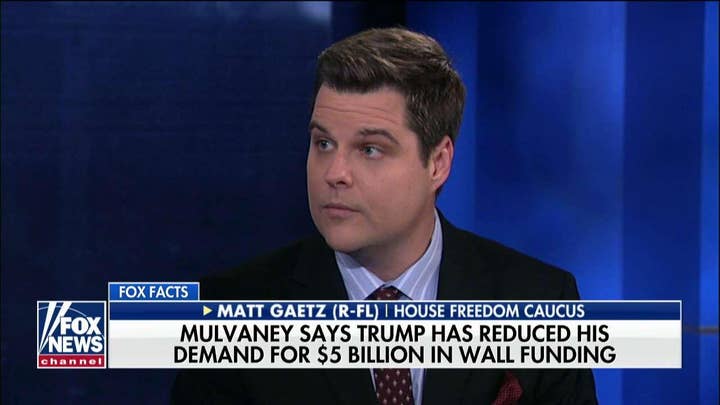 “We wanna make sure ladders are ready to send over to our undocumented friends and help them,” the GoFundMe page stated. “You see, they’ll never reach their goal, but no matter how much we raise, we’re going to reach ours.”

Speaking to Business Insider, Clymer said the campaign is meant to draw attention to the benefits of immigration to the U.S.

"I've really been happy with how this has generated conversation on just the absurdity of the wall in general," she told Business Insider. "Undocumented folks are not bringing crime or drug smuggling or any of this job-stealing nonsense to our country."

The fight over the border wall has led to the current government shutdown as lawmakers bicker over funding for Trump's signature campaign promise. 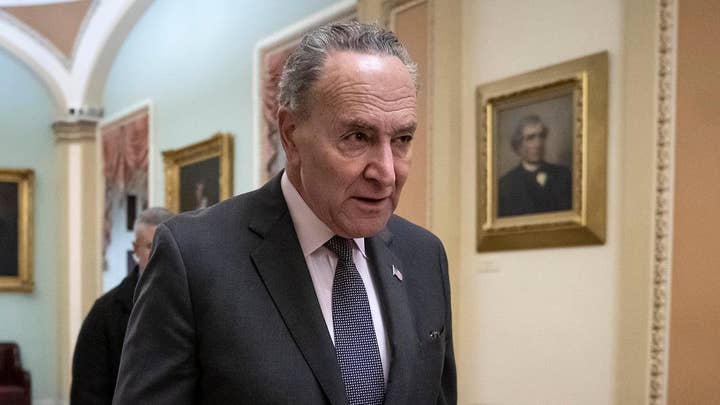 Mick Mulvaney, who is taking over as acting White House chief of staff, told "Fox News Sunday" he's awaiting word from Senate Democratic leader Chuck Schumer of New York after the White House presented a counteroffer in a dispute over funding for the wall.

Mulvaney declined to outline the offer but said it was between Trump's $5.7 billion request and the $1.3 billion Democrats offered.

GAETZ: TRUMP 'IN THIS FOR THE LONG HAUL' IN BORDER WALL FIGHT

A stalemate over the wall led parts of the government to shut down early Saturday after funding for numerous departments and agencies expired.

The shutdown was expected to last through this coming Thursday at the earliest. Both the House and Senate have adjourned until later in the week.