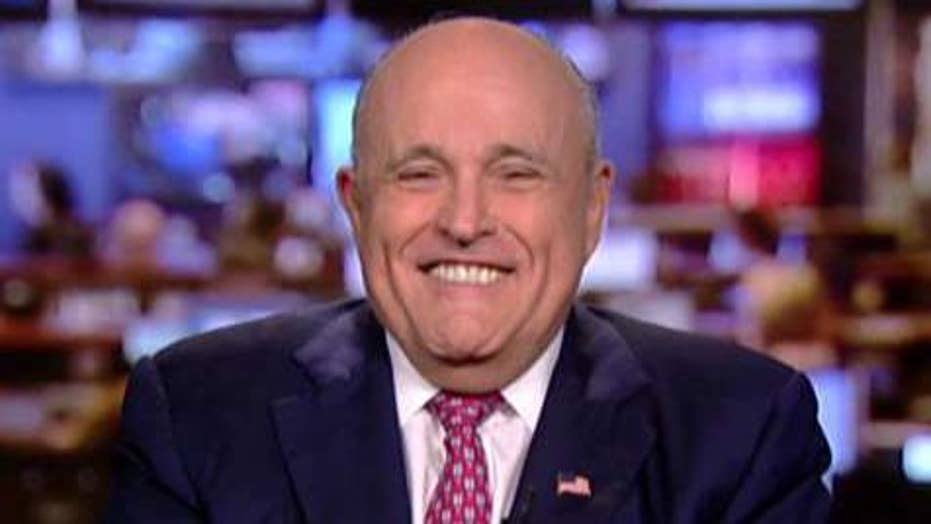 President Trump's personal attorney Rudy Giuliani on Friday suggested that the president might try to "clean up" Special Counsel Robert Mueller's Russia investigation -- in the form of pardons.

"When the whole thing is over, things might get cleaned up with some presidential pardons," Giuliani, also a former federal prosecutor and former New York City mayor, told The New York Daily News. He didn't appear to elaborate.

"I don’t understand the justification for putting him in jail," Giuliani told the paper. "You put a guy in jail if he’s trying to kill witnesses, not just talking to witnesses."

Mueller accused Manafort and his associate, Konstantin Kilimnik of Moscow, of obstructing justice in the investigation into Russian meddling and potential collusion with Trump campaign associates in 2016.

Giuliani, who has spoken to a wide variety of media outlets since he agreed to join Trump's legal team this past April, railed against the president's potential Democratic opponents in the 2020 election -- including former Vice President Joe Biden -- in a separate interview. 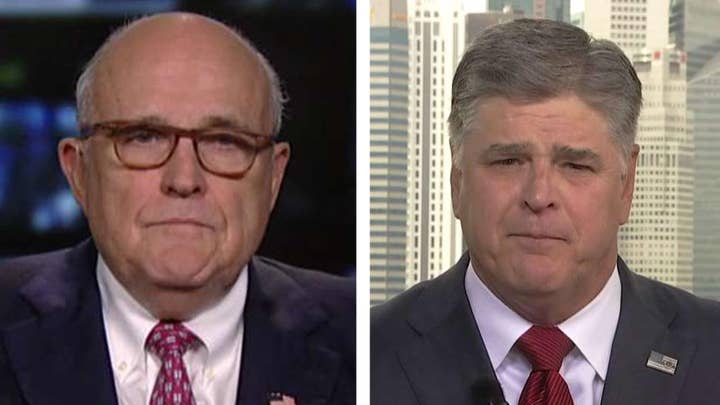 Giuliani said the Democrats needed to provide a new, unexpected face as opposed to what he portrayed as a lineup of usual candidates. "They’ve got to hit us with a surprise."

"I believe that [Deputy Attorney General] Rod Rosenstein and [Attorney General] Jeff Sessions have a chance to redeem themselves and that chance comes about tomorrow," Giuliani told Sean Hannity, saying the Justice Department heads should bring in FBI agents from the New York office to look into Comey as well as FBI officials Peter Strzok and Lisa Page.