Rudi Giuliani weighs in on the future of the Mueller probe.

The suspect in the slaying, Gustavo Perez Arriaga, had known gang affiliations as well as two past DUI arrests. Stanislaus County Sheriff Adam Christianson this weekend argued that the murder "could’ve been preventable," saying that California law had prevented authorities from sharing information about Arriaga's DUI arrests with Immigration and Customs Enforcement.

"This could've been prevented by just a reasonably sensible policy," Giuliani said. "Democrats ... voted against legislation that would have absolutely prevented this by focusing on gang members. He should've been taken in for being a drunk driver. ... There was special legislation to focus on gang members. Most of the Democrats voted against it. Almost every Republican voted for it. Had that legislation been in place, this murder may very well not have happened."

In September 2017, the Criminal Alien Gang Member Removal Act, which would have given authorities the ability to take immigration enforcement action against suspected gang members even if they have not been convicted of a crime, passed the House along party lines but did not receive further Senate consideration.

Giuliani added that "this is going to keep happening," and pointed to Democrats' previous support for enhancing border wall funding. 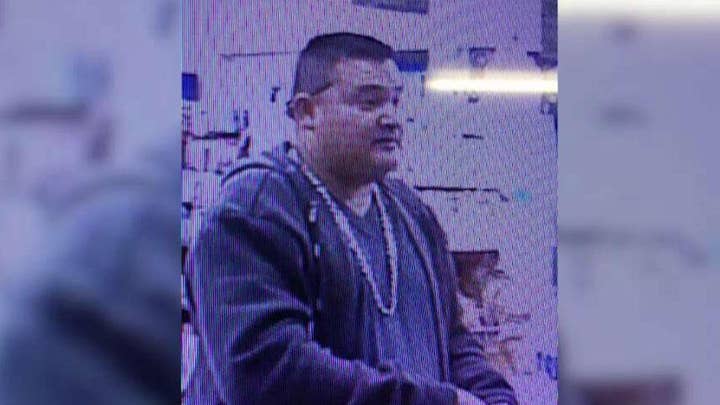 "This thing about a wall is totally crazy -- they all voted for it," Giuliani said. "She [House Minority Leader Nancy Pelosi] was in favor of it; now she says it's immoral. So I hope she went to confession. I mean, she's a Catholic."

Fox News has learned that behind the scenes this weekend, several senators are discussing a new potential compromise to end the ongoing partial federal government shutdown. One bipartisan proposal is to provide $5.7 billion in funding for the border wall, as well as a congressional reauthorization of the Obama-era Deferred Action for Childhood Arrivals (DACA) program for those brought to the U.S. illegally as children, along with some other immigration provisions.

There has also been talk about a special allowance for some classes of Central American refugees to be granted a more robust asylum status.

Separately, Giuliani openly cast doubt on Mueller's official explanation for why the phones belonging to two of his former top deputies were completely wiped just days after they were fired for their anti-Trump bias. Giuliani also reiterated his previous assertions that Trump would not sit down for a one-on-one interview with Mueller, citing what he called the "unethical or grossly negligent behavior" of special counsel prosecutors.

In a comprehensive report issued earlier this month, the Department of Justice's internal watchdog blamed a technical glitch for a swath of missing text messages between anti-Trump ex-FBI officials Peter Strzok and Lisa Page -- and revealed that government phones issued by Special Counsel Robert Mueller's office to Strzok and Page had been wiped completely clean after Strzok was fired from the Russia probe.

Strzok -- who in August 2016 texted Page about an "insurance policy" in the event Trump won the election and who secretly discussed a "media leak strategy" concerning the Russia probe -- was removed from Mueller's team in late July 2017 after the FBI discovered he had been sending anti-Trump text messages. He sent many of those messages to Page, with whom he was engaged in an extramarital affair.

The DOJ's Inspector General (IG) said that, with help from the Department of Defense, it was able to uncover thousands of missing text messages written by Strzok and Page and sent using their FBI-issued Samsung phones from December 15, 2016, through May 17, 2017, "as well as hundreds of other text messages outside the gap time period that had not been produced by the FBI due to technical problems with its text message collection tool." 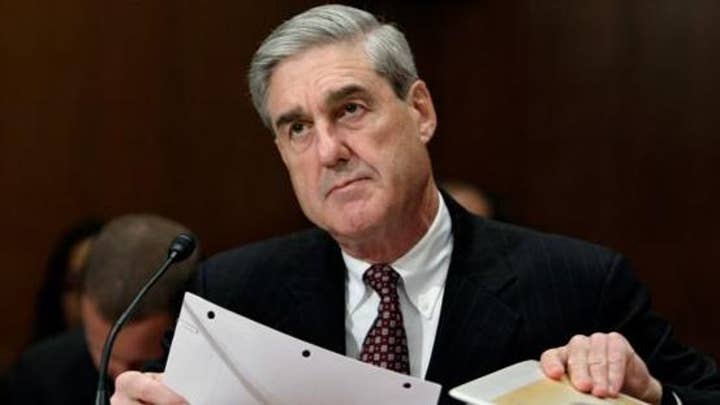 But when the IG went looking for the iPhones separately issued to Strzok and Page by the Mueller team, investigators were told that "[Strzok's] iPhone had been reset to factory settings and was reconfigured for the new user to whom the device was issued."

The records officer at the special counsel told the IG that "as part of the office's records retention procedure, the officer reviewed Strzok's DOJ issued iPhone" on September 6, 2017, and "determined it contained no substantive text messages" before it was wiped completely -- just weeks after Strzok was fired from Mueller's team for anti-Trump bias and sending anti-Trump text messages.

INSIDE STRZOK AND PAGE'S 'MEDIA LEAK STRATEGY' AT THE FBI

"The person who determined what to eliminate was Mueller's records officer, who says there was nothing of interest there," Giulani said. "It's hard to believe Strzok and Page suddenly decided, 'We're not going to text anymore about Donald Trump.' They seemed to be obsessively and compulsively texting about him. I don't know what kind of lovers they were if they were texting about that all the time. It's ridiculous."

Still, while he questioned why Strzok and Page's Mueller-issued phones were wiped, Giuliani did not dispute the FBI's contention that a technical glitch had affected Strzok and Page's separate FBI-issued Samsung phones.

"Texts only last... for a little while... not like emails," Giuliani said. "I do this work, cybersecurity work. Texts are hard to get. That's legitimate.”

Giuliani added that it was likely that Strzok, in fact, had been using his Mueller-issued phone to discuss topics like the FBI's tactics in the investigation of former Trump National Security Adviser Michael Flynn. Explosive court documents released earlier this month revealed that, in January 2017, then-FBI Deputy Director Andrew McCabe pushed Flynn not to have an attorney present during the questioning that ultimately led to his guilty plea on a single charge of lying to federal authorities.

"Just maybe, it would be very embarrassing if he was saying the same things while working for the holier-than-thou special counsel -- 'we're framing Flynn, we're not gonna tell him he has the right to counsel,'" Giuliani said.

Asked whether he expects Mueller's final investigative report to be issued in February, Giulani suggested he isn't holding his breath.

"Oh gosh, almighty -- first he was coming out in March, then in May -- we're now in fourth degree of separation from the non-crime of collusion," Giulani said. "We went to the non-crime of obstrution of justice, that didn't work out for them. Then he moved on to campaign contributions, which by the way are not violative of the campaign finance law. And then they're looking at now the Russia tower. They should go to Moscow. There is no tower. It didn't get built. It didn't get beyond a nonbinding letter of intent, which is like a wish."

Giuliani maintained that Trump was "as surprised as I was" about the WikiLeaks disclosures of hacked emails from the Democratic National Committee (DNC) during the 2016 presidential campaign, and emphasized that the underlying emails were not doctored.

What hurt the Hillary Clinton campaign, Giuliani said, was that the emails revealed that her campaign had received illicit inside information from the DNC to help her secure the nomination.

He added a personal message to Mueller:  “My ultimatum is ‘put up or shut up, Bob.’ I mean, what do you have? There are those who believe you don’t have anything on collusion. And, by the way, even if you did it’s not a crime – so what the heck are you doing? Do you have anything that shows the President of the United States was involved in a conspiracy to hack the DNC with Russia? Of course you don’t. If you do, put out a report, or give it to the Justice Department, let them review it, make sure it’s not classified or whatever, put out a report. We’re ready to rebut it. I’ve had the report ready for two months.”