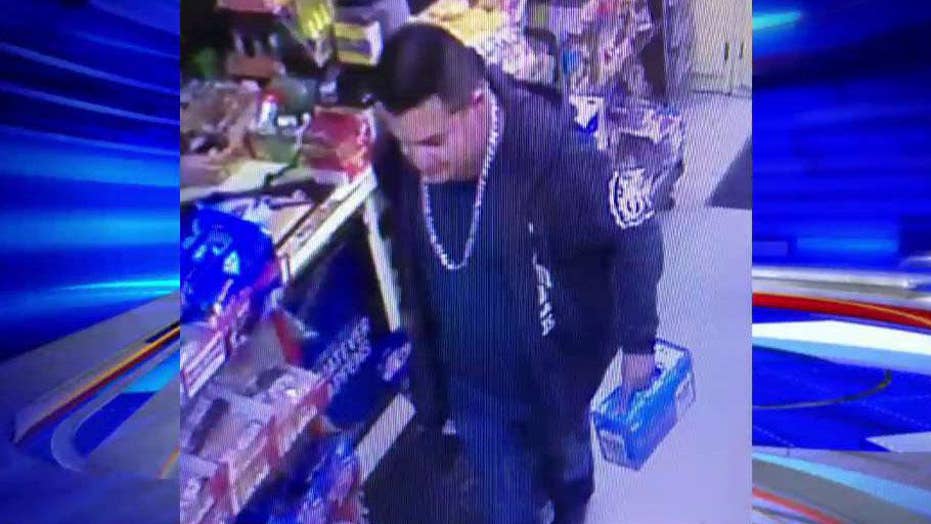 The illegal immigrant fugitive who was wanted in the murder of a California police officer was taken into custody on Friday after being on the run for more than two days, according to an official, who made the case that the fatal encounter may have been preventable.

Stanislaus County Sheriff Adam Christianson announced the arrest of the suspect -- identified as Gustavo Perez Arriaga -- in Bakersfield, about 280 miles southeast of Newman, where Police Cpl. Ronil Singh was gunned down early Wednesday. The arrest was confirmed by the Fresno County and Kern County Sheriff's Offices.

Christianson, whose department has been handling the case, told reporters at a news conference that Arriaga is from Mexico and was in the U.S. illegally after previously crossing the Arizona border. It wasn't clear when that crossing occurred, though.

Christianson said the suspect had been in the country for a number of years and was seeking to cross back over the border before the shooting occurred.

The suspect had known gang affiliations, as well as two past DUI arrests, Christianson said.

The suspect was stopped by Singh for a DUI investigation before getting into a gunfight with the officer, during which Singh tried to defend himself, Christianson said at a separate news conference Thursday.

Authorities also said they've arrested two others --  25-year-old Adrian Virgen and 27-year-old Erik Razo Quiroz -- who Christianson said had attempted to mislead investigators in an effort to protect the suspect. The sheriff's office said on Facebook that Arriaga would be charged with homicide. Virgen and Quiroz were arrested and accused of being accessories after the fact to a felony, the post said.

As for whether Singh's death was preventable, Christianson noted that had law enforcement previously been able to report the suspect to Immigration and Customs Enforcement because of his criminal record, the loss of life might never have occurred.

"While we absolutely need to stay focused on Officer Singh’s service and sacrifice, we can’t ignore the fact that this could’ve been preventable," Christianson said. "And under SB54 in California, based on two arrests for DUI and some other active warrants that this criminal has out there, law enforcement would’ve been prevented, prohibited from sharing any information with ICE about this criminal gang member. Ladies and gentlemen, this is not how you protect a community."

At a separate news conference, Kern County Sheriff Donny Youngblood told reporters that he'd been notified on Thursday that the suspect was somewhere between Modesto and Bakersfield and was thought to be heading toward Mexico.

Surveillance teams set up in different communities, and authorities were able to obtain a search warrant for the residence where the suspect was located, Youngblood said. As a SWAT team moved in, the suspect came out with his hands up and surrendered, he added.

Officer Singh's handcuffs were later used on the suspect, according to the sheriff.

"When you use a firearm against a police officer, you can run but you can't hide," Youngblood said.

The arrest was made by Kern County deputies, in tangent with officials from the Stanislaus County Sheriff's Office, the Bureau of Alcohol, Tobacco, Firearms and Explosives (ATF), FBI, Homeland Security, as well as Newman and Bakersfield police departments, the sheriff's office said on Facebook.

Additionally, three others -- identified as Bernabe Madrigal Castaneda, 59, Erasmo Villegas, 36, and Maria Luisa Moreno, 57 -- were arrested for aiding and abetting, Youngblood said, adding that he expected more arrests may be coming.

The announcement of it came nearly a day after Newman Police Chief Randy Richardson made an emotional plea for the suspect to turn himself in.

The suspect may have connections to a violent Mexican-American street gang, according to an image circulating on social media and confirmed as authentic by investigators early Friday.

The photo shows the alleged “cop-killer” posing in a tank top, with a metal chain necklace draped around his neck and a large flaming skull tattoo visible on his right arm. Underneath the tattoo is the word “$ur3no$,” which, according to police in Washington State, is Spanish for “southerners”.

“Sureños are a group of Mexican-American street gangs with origins in southern California (south of Bakersfield),” reads a profile on the group in a police gang recognition guide. “The gang has allegiance to the [California] prison gang, Mexican Mafia, aka “La Eme”.

An image of the suspect in Officer Singh's murder, confirmed to be authentic by California police. (Facebook)

The gang recently has been blamed for murders and human smuggling crimes along the U.S.-Mexico border.

Christianson said Thursday that police have possession of a truck believed to have been driven by the suspect in Singh’s killing.

The man appears to have at least five Facebook profiles, each with a different alias. Four of the pages say he is from Mexico’s Colima State on its Pacific Coast and contain images of him with the “Sureños” tattoo and silver chain necklace visible. Some of the pages are Facebook friends with one another.

One of the profiles purportedly belonging to the individual contains numerous images of pistols and weapons, and several images of him crossing his arms while holding a pistol.

“He came to this country with one purpose, and that was to serve this country,” Richardson said.

Fox News' William LaJeunesse and The Associated Press contributed to this report.