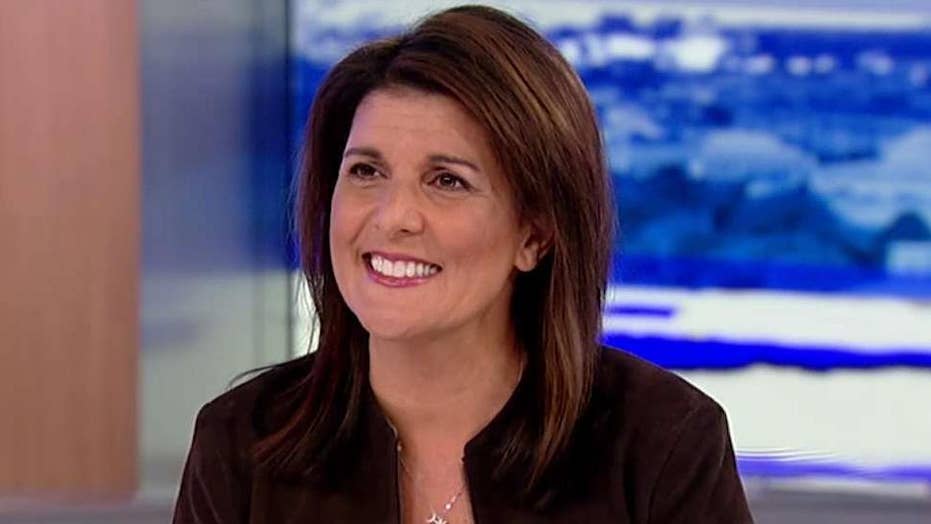 George Conway ratcheted up his vicious rhetoric toward former U.N. Ambassador Nikki Haley after she criticized him over his barrage of attacks targeting Rep. Elise Stefanik, R-N.Y.

He also urged others to donate to the campaign of Stefanik's opponent. He later showed that he himself donated the legal maximum of $2,800 to the Democrat, former legislator Tedra Cobb.

Haley knocked the attorney on Monday, calling his attacks on Stefanik "uncalled for and disgusting."

"This is absolutely uncalled for and disgusting. What is wrong with people? George Conway is the last person that can call someone 'trash,'" Haley tweeted.

Conway fired back and held no punches.

"Oh, @NikkiHaley, just the other day you said that the world’s biggest pathological liar, @realDonaldTrump, was a “truthful” man. *That’s* the very essence of disgusting, trashy, and pathetic—utterly shameless and transparent dishonesty," Conway wrote.

That was in reference to Haley's defense of President Trump, where she said he had always been "truthful" to her when asked if her former boss was a "truthful" person.

He later suggested Haley would say "anything to get the vice-presidential nomination."

Conway received backlash over the weekend after he retweeted an apparently edited image of Stefanik raising the middle finger during a round of applause Yovanovitch received at the end of the hearing, while doubling down on his "trashy" attacks.

He later deleted the tweets, but did not offer an apology.