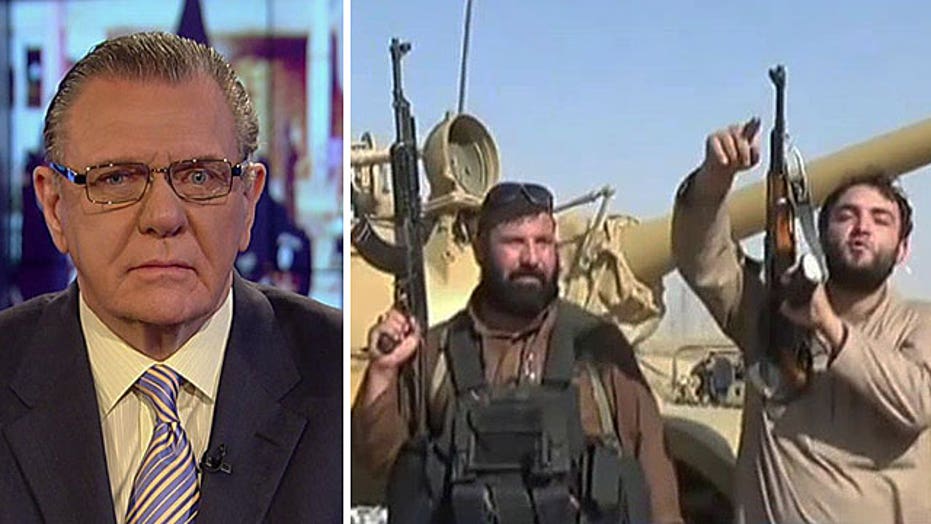 "They're very frustrated, to be quite frank about it," Keane said. "They can't speak publicly about it. They want a strategy. They know they can deal with this force."

Obama reiterated Thursday that he would not commit "combat troops on the ground," but did green-light additional airstrikes to protect American personnel and facilities.

"The airstrikes we're doing right now are defensive," Keane said. "We have to give the military the mission to make them offensive, let them attack ISIS throughout the country."

Obama also noted that the U.S. has increased military assistance to Iraqi and Kurdish forces, but Keane believes it will take "thousands of advisers" to make a significant impact.

"This is an organization that is usually ambitious, has confident leadership, and is very determined," he said of the Islamic State.

Keane also called on the president to "come clean" to the American people about the significance of the terror group's threat to the homeland.

"The fact of the matter is, they're destabilizing the Middle East. We have vital interests there for this country. They're a threat to the American security and American people," he said.