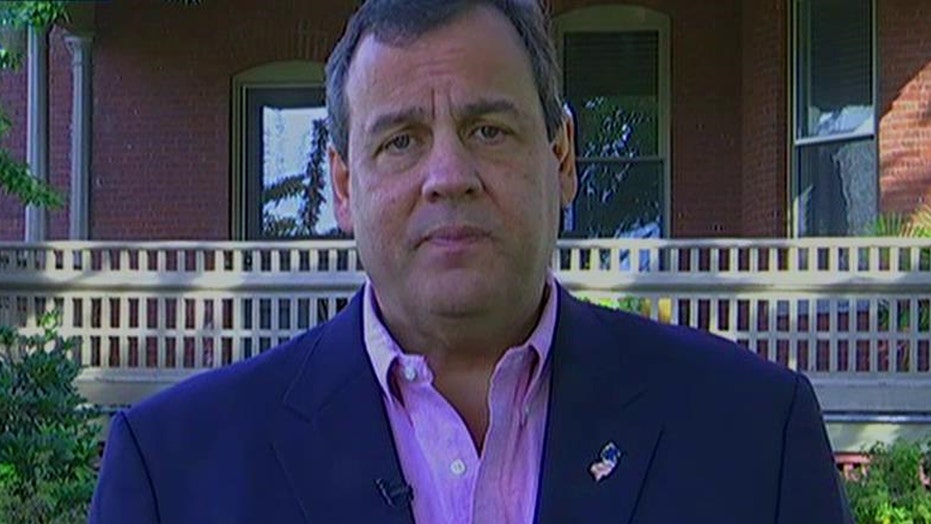 House Speaker John Boehner’s stunning announcement that he will resign his post and seat in Congress sparked chaos on Capitol Hill Friday, with lawmakers immediately jockeying for position ahead of the upcoming reshuffle.

“This is going to be a barn burner of a leadership election,” one source said.

The 13-term Ohio Republican shocked his GOP caucus early Friday morning when he informed them in a closed-door session that he intends to step down at the end of October. One lawmaker told Fox News he was "stunned," and that there was "some anger" in the room "against the people who caused this to happen."

But the drama didn't stop the almost-immediate scramble for his gavel.

Some lawmakers swiftly hit the phones, making intense calls as they jockeyed for position ahead of what could potentially be an overhaul of the entire leadership team.

Asked about a potential successor, Boehner said that's "up to the members" but then gave McCarthy a near-endorsement: "I think Kevin McCarthy would be an excellent speaker."

But it is far from a done deal, with Rep. Jeb Hensarling, R-Texas; Rep. Pete Roskam, R-Ill.; and  Rep. Tom Price, R-Ga., thought to be potential candidates who could throw their hats into the ring.

The leadership battle also begins as Congress still struggles over a budget measure and efforts by conservatives to defund Planned Parenthood as part of it. Even if that issue is resolved in the near-term, the next speaker will confront those same partisan divisions.

Not everyone wants that responsibility. Rep. Paul Ryan, R-Wis., the party's vice presidential nominee in 2012, has already ruled himself out of the race, calling the job “a great job for empty nesters.”

For his part, Roskam attempted to become whip after then-House Majority Leader Eric Cantor lost his primary race last June, and was replaced in leadership by McCarthy – then the majority whip. However, Roskam was beaten by Scalise.

Fox News understands Roskam is one of the lawmakers jockeying for position. When asked for comment, Roskam warned against merely “reshuffling the deck.”

"I'm for somebody who can bridge the divide in our Conference. If we don't have a plan to get us out of this dysfunction, reshuffling the deck won't make anything better. I'm going to work hard to make sure we get the leadership we need, not just settle on the fastest, easiest choice," Roskam said.

An aide to Hensarling told Fox News that he was considering his options and would expect to have a decision next week.

Should McCarthy succeed Boehner, there would be an opening for House majority leader, as well as potentially further down the roster in positions such as majority whip.

“Speed is the key. Waiting can hurt your chances. Members who can get members behind them can build momentum, and a snowball effect allows them to wrap things up."

Boehner’s backing may help McCarthy’s chances with the establishment, but may hurt him elsewhere.

“[Boehner’s backing] will help him with the establishment but not with the conservative House Freedom Caucus. He may face a challenge [from conservatives] but even the House Freedom Caucus admit they aren’t organized, and so they may not even put up a candidate,” GOP strategist Ron Bonjean told FoxNews.com. “Speed is the key. Waiting can hurt your chances. Members who can get members behind them can build momentum, and a snowball effect allows them to wrap things up. That’s what McCarthy is going for – there’s already a sense of inevitability that he’s getting the job.”

If conservatives do put forward a candidate of their own, Reps. Jim Jordan, R-Ohio and Rep. Ted Yoho R-Fla., are among the names that could be put forward.

At a press conference Friday afternoon with Chinese President Xi Jinping, President Obama also voiced his own general hopes for the next speaker:

“My hope is there’s a recognition on the part of the next speaker, something I think John understood … that we can have significant differences on issues but that doesn’t mean you shut down the government,” Obama said.

Boehner's resignation could make next week's budget battle easier to resolve in the short-term. Conservatives want to use the budget measure to defund Planned Parenthood, and Boehner previously had to worry about an internal party revolt if he tried to strike a deal with Democrats to pass a "clean" budget bill.

However, it also could work the other way. A lame-duck Boehner could open a situation where aspiring GOP leaders are put on the spot and under even more pressure from the conservative wing.

Once Boehner resigns, the total number of members in the House will be 434. An absolute majority of the House is required to elect a new speaker, not a simple majority -- meaning the magic number of votes that a candidate must get is 218.

Once Boehner resigns, the House will be unable to do anything until it elects a new speaker.

Boehner’s resignation is rare, but not unprecedented. The last speaker to resign in the middle of a Congress was Speaker Jim Wright, D-Texas who resigned in 1989 amid an ethics scandal.