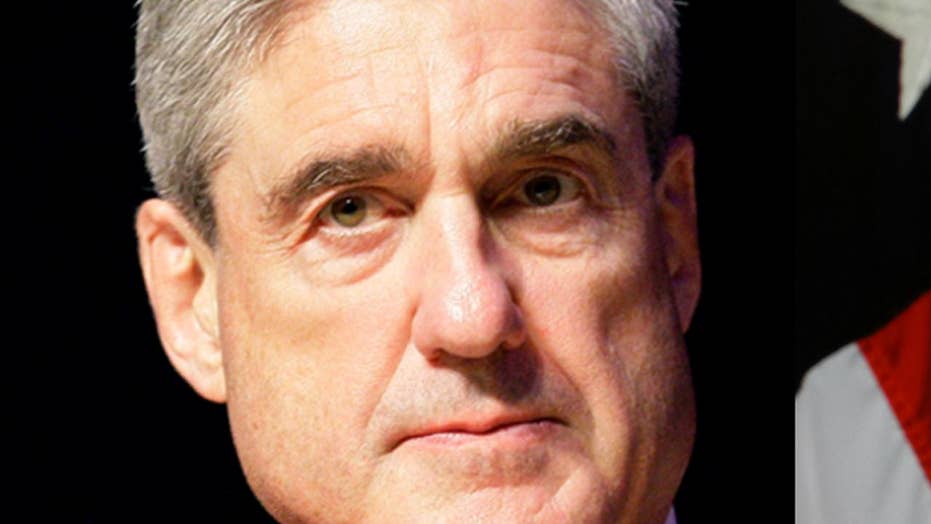 A Rolling Stones song reportedly inspired the top-secret “Crossfire Hurricane” codename used by FBI officials who investigated the Trump campaign’s ties to Russia before the official probe was launched.

According to The New York Times, two FBI agents were sent to London in July 2016 -- before President Trump won the election -- to investigate information Australian ambassador Alexander Downer claimed to have on the campaign. During the meeting, which was previously unknown, Downer discussed his interactions with George Papadopoulos, then a campaign adviser.

The select group of FBI officials who knew about the case created the nickname “Crossfire Hurricane,” which comes from the Rolling Stones’ 1986 song “Jumpin’ Jack Flash.”

Aside from “Crossfire Hurricane,” here’s a look at some other notable FBI code names.

"Operation Cross Country" is an annual FBI action tackling the trafficking of underage victims; it completed its 11th iteration in 2017, according to the FBI. Last year, the FBI said it recovered 84 youths who had been sexually exploited and had arrested 120 traffickers. This action has gone international, the FBI said, with partners in Canada, Cambodia, the Philippines, Thailand and the United Kingdom.

The FBI, the Bureau of Alcohol, Tobacco and Firearms and Explosives (ATF) and other agencies and police departments banded together in 2017 to investigate Blood gangs in Virginia, according to the Justice Department. The investigation resulted in the arrests of 28 people and recovery of more than 71 firearms, 4,400 grams of cocaine and 2,150 grams of crystal methamphetamine.

Working with Italian authorities, the FBI arrested nearly 70 people believed to have ties to the Gambino crime family as well as connections to murders, drug trafficking and other crimes, CBS News reported. The arrests came in 2008, with most of them occurring in New York City, Long Island and New Jersey.

Called “Cat-Com” for Catch Communications, the FBI announced in 1988 the arrest of more than 70 people in relation to a Colombian drug smugglers ring. According to The Washington Post at the time, FBI agents set up a fake company that sold cell phones, radios, beepers and other tech equipment to smugglers who, by the time the operation finished, had grown so comfortable in the bogus store that they would talk openly on the phone about “shipments and deals being made there for the cartels,” Paul Miller, an FBI spokesman in Miami, previously said.

With the help of a Navy lieutenant commander in 1977, FBI agents tracked Soviet agents believed to be spying on the U.S. Navy. By 1978, FBI agents had monitored Soviet spies who were interacting with one of their undercover agents, learning how these spies passed money and information secretly. The case, which the FBI called “one of our most important counter-espionage cases of the decade,” resulted in the arrests of two KGB officers; one Russian with diplomatic immunity was ultimately expelled from the U.S.

A long-running case that began in 1958 and ran until 1977, "Operation Solo" was the FBI’s plan to infiltrate the Communist Party, according to the agency’s archives. Two brothers, Jack and Morris Childs, helped the FBI gather information about the party and its relationship with Soviet leaders in Moscow. Agents “learned of their wilder political goals, their concerns and fears, and their deep interest in restoring connections” with the Communist Party of the United States, the FBI said. Both brothers eventually received the Presidential Medal of Freedom.