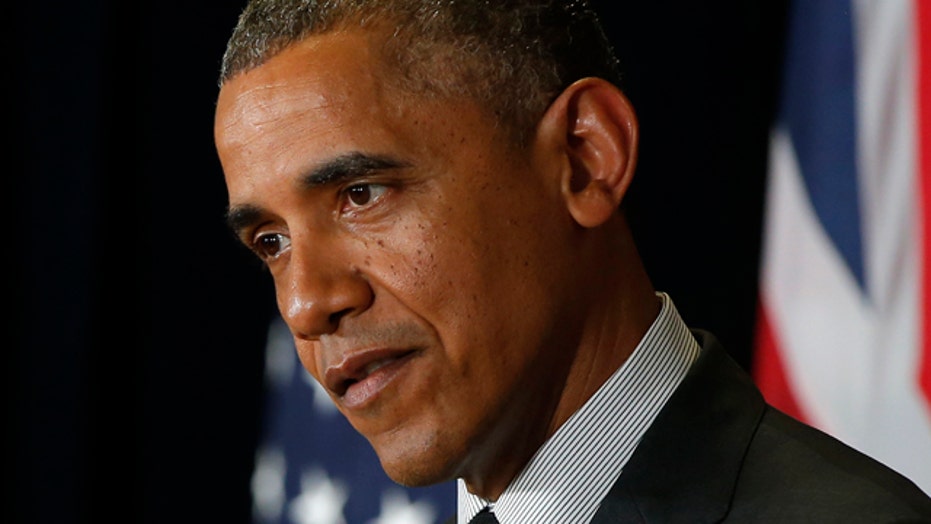 By a decisive 20 percentage-point margin, Americans think the country is weaker under the leadership of President Obama, whose White House is seen as less competent than the previous two administrations.

These are just some of the findings from a new Fox News national poll.

Fifty-five percent of voters think the Obama administration has made America weaker. That includes 22 percent of Democrats, 59 percent of independents and 89 percent of Republicans.

Just over a third says the country is stronger under Obama (35 percent).

That’s a significant deterioration since 2010, immediately before the midterm elections, when voters said Obama had made America weaker by eight points (45-37 percent) (October 2010).

Thirty-nine percent rate Obama’s leadership skills positively (excellent or good), while 61 percent rate him as only fair or poor. That’s unchanged from views in November 2013, and down slightly from 45-55 percent a year ago (May 2013).

While his approval is down a bit from last month’s 44 percent, it’s mostly in line with the ratings he has received this year.

Thirty-nine percent of voters approve of Obama’s handling of health care, down from 43 percent last month. Some 58 percent disapprove.

Same story on the economy: a 58-percent majority disapproves of the job Obama is doing, while 39 percent approve. Last month, voters disapproved by 50-46 percent (May 2014).