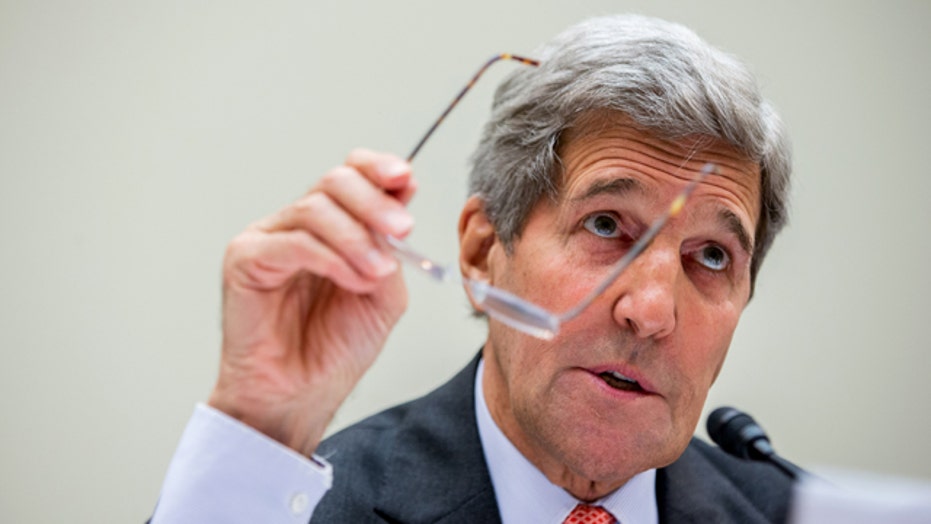 Judy Miller on President Obama's strategy with the press

The Iran nuclear agreement goes to Congress in September.  If it were up to American voters, they would reject it -- with a large majority saying Iran wouldn’t abide by the agreement anyway.

The White House wants Congressional approval for the agreement that would ease U.S. economic sanctions for 10 years in return for Iran stopping its nuclear program during that time.

The latest Fox News national poll asks voters to imagine being a lawmaker and casting a vote on the deal:  31 percent would approve it, while nearly twice as many, 58 percent, would reject it.

In an August 5 speech, President Obama said if lawmakers vote down the deal, the agreement will fall apart and war will come “soon.”

Even so, only half of Democrats would approve the deal (50 percent).  More than a third would vote it down (35 percent).

Most Republicans (83 percent) and a majority of independents (60 percent) would reject it.

One reason to oppose any deal is if you think the other side won’t keep the bargain -- and that’s certainly the case here: Three-quarters of voters say Iran cannot be trusted to honor the agreement (75 percent).  That includes almost all Republicans (93 percent), most independents (80 percent) and a majority of Democrats (59 percent).

The poll finds the president’s job rating down a bit this week:  42 percent of voters approve of the job Obama is doing, while 51 percent disapprove.  Two weeks ago it was 46-46 percent.

The Fox News poll is based on landline and cell phone interviews with 1,008 randomly chosen registered voters nationwide and was conducted under the joint direction of Anderson Robbins Research (D) and Shaw & Company Research (R) from August 11-13, 2015. The poll has a margin of sampling error of plus or minus three percentage points for all registered voters.