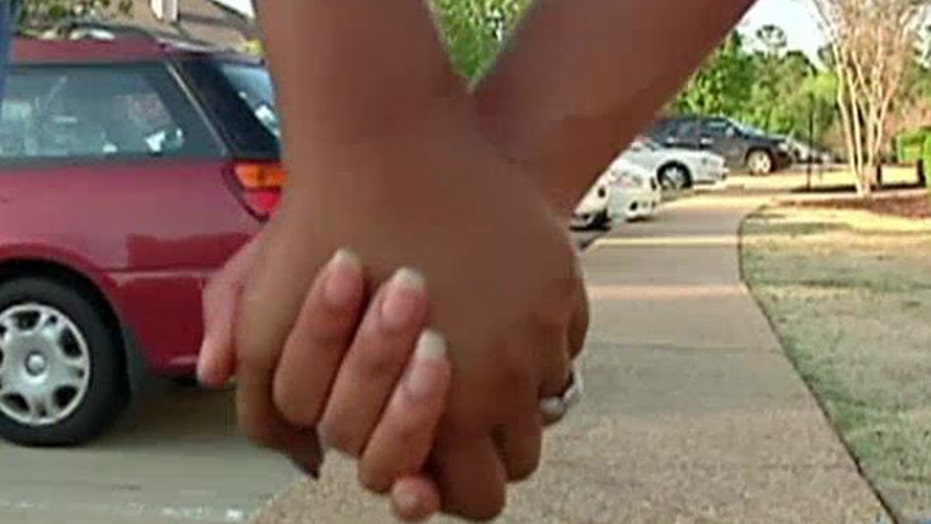 A new Fox News poll finds 51 percent of American voters believe in love at first sight, yet nearly as many -- 47 percent -- don’t.

And it’s not about politics, as equal numbers of Democrats and Republicans believe in it (49 percent each).

There’s no real gender gap: 53 percent of men and 49 percent of women agree.

Voters under age 45 are just as likely as those ages 45 and over to believe you can fall in love in that first moment (52 percent and 50 percent respectively).

But check out this stat: 55 percent of those who are currently in love believe in love at first sight, but that drops to just 41 percent among those who aren’t in love.

All in all, nearly seven in 10 (69 percent) say they are currently in love.

Clearly Middle America is the place to find love. Seventy-four percent of Midwesterners are in love compared to just 63 percent of Westerners, 67 percent of Southerners and 71 percent of Northeasterners.

Republicans (75 percent) are more likely than independents (70 percent) and Democrats (62 percent) to currently be smitten.

Married voters are the largest group saying they are in love: 92 percent. The next highest is among voters with annual household income of $100,000 or more, as 89 percent say they are in love. Maybe money can buy love, because that drops to 55 percent among those in households earning less than $50,000.

Sadly, six percent of married voters say they are not in love.

What’s the best thing to spark romance? Maybe laughter. By a huge 80-7 percent margin, voters say it’s more important to choose a Valentine who shares your sense of humor than one who shares your political views.

Republicans (11 percent) are nearly three times as likely as Democrats (4 percent) to prioritize finding a love who shares their politics.