Trump campaign adviser George Papadopoulos was sentenced Friday to 14 days in prison for lying to the FBI during Special Counsel Robert Mueller’s probe into Russian interference in the 2016 election.

Papadopoulos was also sentenced to 13 months supervised release, 200 hours community service and a $9,500 fine. Before his sentencing, the former adviser said he was “deeply embarrassed and ashamed.”

“My entire life has been turned upside down, I hope to have a second chance to redeem myself,” he said. Mueller’s team had pushed for a six-month prison sentence, while Papadopoulos’ defense had requested probation.

Papadopoulos served as a foreign policy adviser to President Trump’s 2016 campaign, and was the first to plead guilty in the Mueller probe. According to the indictment, Papadopoulos was told by a Maltese professor in April 2016 that Russian officials had “dirt” on Hillary Clinton in the form of “thousands of emails.”

He later attempted to use his links to the professor and Russian nationals to attempt to set up a meeting between Trump and Russian President Vladimir Putin. He admitted to lying about those contacts to Mueller’s team, which investigators said led them to miss a chance to interview the professor, Joseph Mifsud. 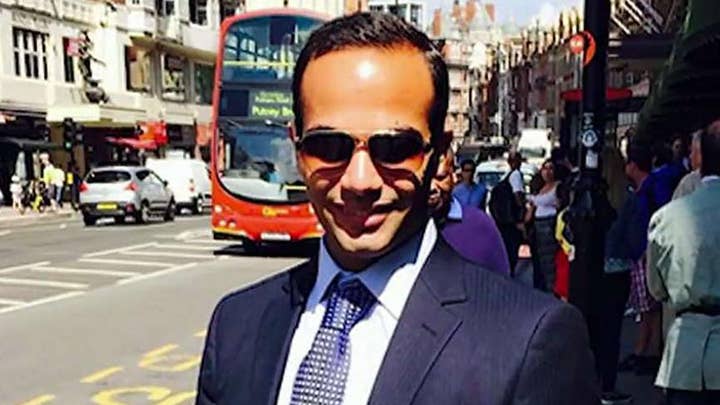 The defense portrayed Papadopoulos as an eager campaign aide who was in over his head, and pushed back on claims by the prosecution that he had harmed the FBI investigation.

"The president of the United States hindered this investigation more than George Papadopoulos ever could," his lawyer said.

Trump hailed the relatively short sentence as a "great day for America" and pointed to the cost of Mueller's investigation.

In delivering his sentence Federal Judge Randolph Moss said he did "get the sense that [Papadopoulos] does feel remorse and not simply for getting caught."

Moss also said he thought it was important that his sentence send the public a message about the gravity of misleading and, "telling lies to the FBI on matters of grave importance to the nation."