Eric Holder, the former attorney general under President Obama, reportedly told an audience of liberal lawyers in San Francisco that he hears “disturbing echoes’ of Watergate in current White House issues, and told the crowd of mostly liberal lawyers to continue to fight.

“You can’t just curl up in a fetal position,” Holder told the 800 lawyers at a hotel, The San Francisco Chronicle reported. He said there is “fighting to be done, there are lawsuits to be brought…you can never underestimate the power of the American people.”

The event was a fundraiser for Legal Aid At Work, a non-profit that represents low-income workers in California. The director, Joan Graff, told the paper that Holder was selected as the keynote speaker because the group has “grave concerns” about the rule of law with President Trump and Attorney General Jeff Sessions in power.

This is not the first time that Holder commented on the current political climate that includes investigations into allegations that Russia colluded with officials from the Trump campaign. 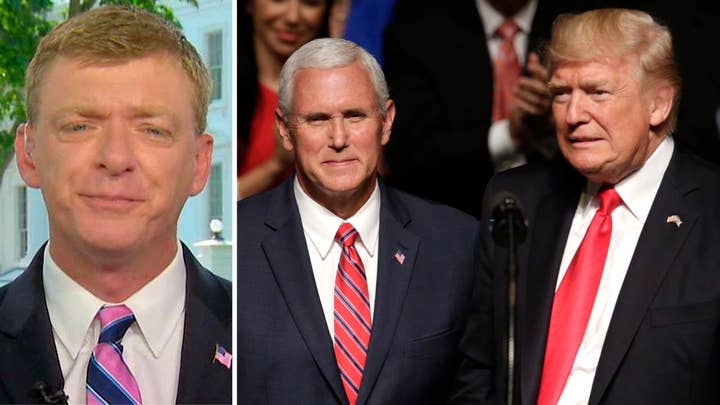 Shortly after Trump announced his decision to fire FBI Director James Comey, Holder sent out a tweet at 3:17 a.m.: “To the career men & women at DOJ/FBI: your actions and integrity will be unfairly questioned. Be prepared, be strong. Duty. Honor. Country.”

Last month, Yahoo News reported that Holder was considering a 2020 presidential run. The report said that Holder had intentions of becoming “more visible”

"Up to now, I have been more behind-the-scenes,” Holder told Yahoo News. “But that’s about to change. I have a certain status as the former attorney general. … So I want to use whatever skills I have, whatever notoriety I have, to be effective in opposing things that are, at the end of the day, just bad for the country.”

Holder gave the Yahoo interview shortly after helping to promote a new California bill that could extend ‘sanctuary’ policies toward illegal immigrants statewide.