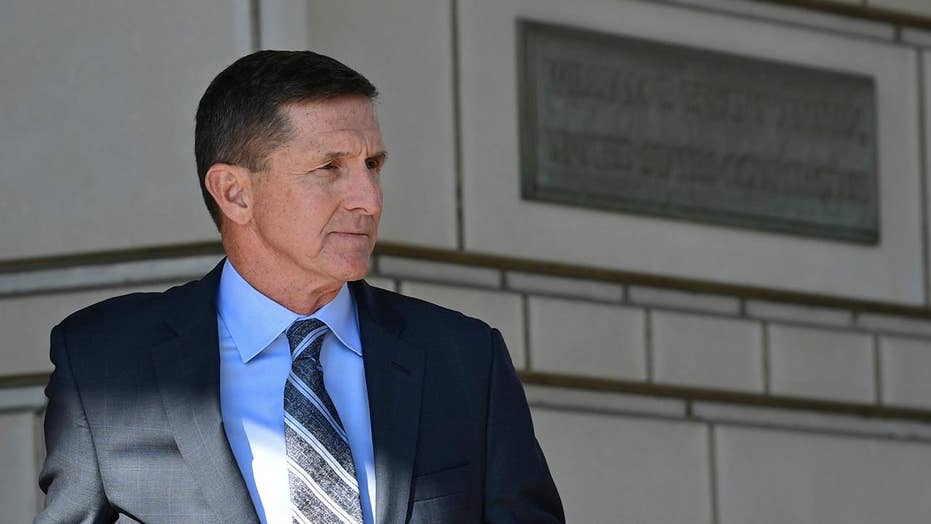 Former National Security Adviser Michael Flynn on Wednesday spoke out on his case for the first time, calling the federal appeals decision to order his case dismissed a “good thing” for him and his family and “a great boost of confidence” for the American people and “our justice system.”

Flynn, on Wednesday afternoon, surprised Rush Limbaugh by dialing into his radio show, just hours after the U.S. Court of Appeals for the District of Columbia ordered a lower court to allow the case against him to be dismissed, as requested by the Justice Department, likely ending the years-long legal saga stemming from the Russia investigation.

Flynn began the surprise interview by telling Limbaugh, who was diagnosed with cancer earlier this year, that his family is praying for him.

“I just want to say from the bottom of our hearts, you know, you’ve been right from the beginning, and we can’t thank you and your listeners enough for all the support that they have given us through this, through this fight,” Flynn said. “Obviously the fight’s not over, as you’ve been highlighting…not just today, but for a long time.”

“Because that’s what this really comes down to,” he continued. “Whether or not our justice system is going to have the confidence of the American people in it, and boy—“

Limbaugh weighed in, noting that Flynn “had to have your doubts in it for the longest time. I can’t imagine what it’s been like.”

Flynn said that he has “always believed and fought for our rule of law.”

“The most important thing that we have in this country, bar none, is that, and, and we have to make it work whether we like it or not,” Flynn said. “And it has to work with the right people, and the right leaders and the right, you know the people of our country to step up to the plate and you know, as you know elections matter, right? Voting matters anyway.”

He added: “I just wanted to get my two cents in with you today…and that we are so happy with the decision, not only for our family but for our country.”

Limbaugh thanked Flynn for dialing in, and asked if the case was “really over.”

“I mean, it’s not over,” Flynn said. “You know, it never ends. You know the struggle for this country will never end…you know, we’re a country that’s an experiment based on some great ideas from some terrific, you know, founding, you know citizens of our country so it’s never over.”

He added: “I do not expect it to be over…this is a phase that has ended and we will go into another phase.”

Flynn said that his family has “really stuck with us” and thanked “leaders” who have “stepped up to the plate to guide the American people through what has happened.”

“There’ll be more to say in the future, but I just mainly wanted to say to you thank you so much for all that you have done for my family and frankly for our country,” Flynn said to Limbaugh, who called it an “honor” to have him on the show and to tell his story.

Flynn went on to tout his lawyer, Sidney Powell, calling her a “terrific lawyer” and “the American guardian of justice.”

“That’s what she is, and she is somebody who you want in your corner, boy when you’re in the middle of a knife fight, which I have been in, so, an American guardian of justice,” Flynn said, adding “you gotta find the right weaknesses and we finally did.”

“And that’s part of that—was just a weakness, was to shine the light on truth. That’s really what it came down to.”

Wednesday's court order was direct, ordering "that Flynn’s petition for a writ of mandamus be granted in part; the District Court is directed to grant the government’s ... motion to dismiss; and the District Court’s order appointing an amicus is hereby vacated as moot, in accordance with the opinion of the court filed herein this date.”

The Justice Department last month made the stunning move to drop its case against Flynn "after a considered review of all the facts and circumstances of this case, including newly discovered and disclosed information," as the department put it.

DOJ officials said they concluded that Flynn's interview by the FBI was "untethered to, and unjustified by, the FBI's counterintelligence investigation into Mr. Flynn" and that the interview was "conducted without any legitimate investigative basis," while arguing that Flynn's statements were not "material, even if untrue.”

The motion to dismiss came after unsealed FBI notes revealed that there had been a question regarding what the purpose of Flynn’s interview was: whether the aim was to find out the truth or to get him to lie and thus subject him to being prosecuted or fired. Flynn ended up facing charges and being terminated from his role as national security adviser.

Aside from swiftly being ensnared in Special Counsel Robert Mueller's investigation in the fallout from that interview, Flynn was fired from his prominent post as national security adviser in February 2017. The resignation came as he was accused of misleading Vice President Pence and other senior White House officials about his communications with Russian Ambassador to the United States Sergei Kislyak.