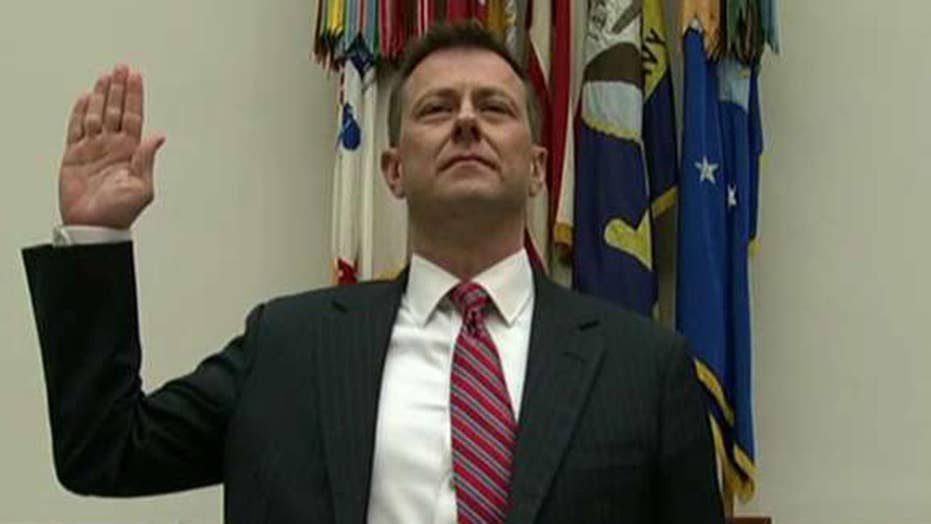 Fallout from the FBI's firing of Peter Strzok

Fired FBI agent Peter Strzok took his anti-Trump rhetoric public on Monday, setting up a defiant Twitter account as a GoFundMe page sought to raise $150,000 to cover his "legal costs and lost income."

Strzok, who played a lead role in both the Russian meddling and Hillary Clinton email probes but became a political lightning rod after the revelation of text messages critical of Trump, wasted no time blasting the administration and House Republicans in his new social media account.

"Deeply saddened by this decision," Strzok wrote in the tweet shortly after his firing was announced Monday. "It has been an honor to serve my country and work with the fine men and women of the FBI."

He attached an image of a statement from his attorneys that criticized his firing, saying "the FBI and the American people deserve better." The letter specifically lambasted the decision of the deputy director of the FBI to effectively overrule the FBI's internal disciplinary body, which had recommended Strzok be suspended and demoted instead of terminated.

The Twitter account indicated that it had been established at some point in August, but it has "liked" several incendiary posts dating back more than a month.

"One reason this is so bracing is that since the election, the tactic of most establishment white dudes (on both sides) has been to blandly ignore, forget, and/or smugly eye-roll past what a moral monster Trump was and is," Hodgman wrote. 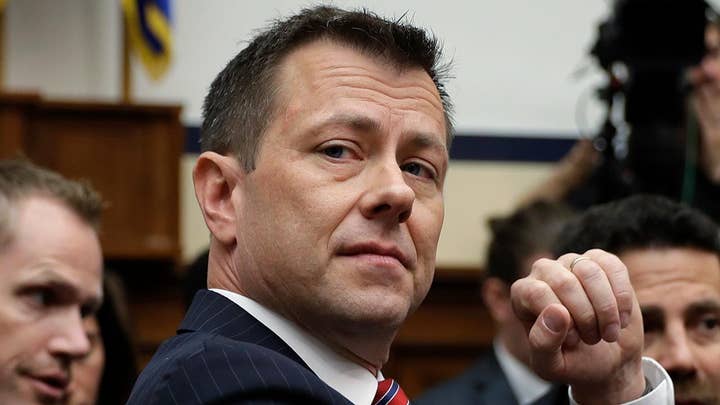 The GoFundMe account described Strzok as a "proud husband" despite his affair with a former FBI lawyer, decried "politicized" attacks on his service and asked for money to go into a trust.

"Unlike those who typically become the focus of partisan investigations in Washington, Pete is not politically connected, he’s not a wealthy lobbyist and he’s not interested in using his notoriety for personal gain," the account stated. "Because of this, he doesn’t have deep pockets that allow him to pay for the significant legal bills he has incurred to defend himself and the FBI against these political attacks, or to easily cover the expenses incurred by his lost income."

According to a bombshell report by the Justice Department's inspector general, bureau attorney Lisa Page texted Strzok in August 2016 to ask: “[Trump’s] not ever going to become president, right? Right?!”

“No. No he won’t. We’ll stop it,” Strzok responded. He was having an extramarital affair at the time with Page.

The DOJ watchdog found that Strzok's bevy of anti-Trump texts using FBI-issued phones had undermined the FBI's appearance of impartiality, although the IG did not definitively find that bias specifically motivated any of Strzok's official actions. 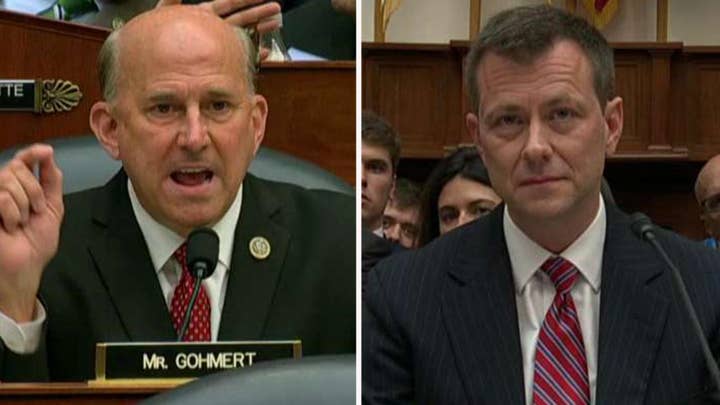 At an incendiary hearing earlier this year, Rep. Louie Gohmert, R-Texas, unloaded on Strzok, asking him "How many times did you look so innocent into your wife's eyes and lie to her?"

Strzok's actions on Twitter and GoFundMe have some recent precedent. Former FBI Director James Comey, who was fired last year, was revealed to have a secret Twitter account himself in late 2017.

And former FBI Deputy Director Andrew McCabe, who was fired in March -- just days before he would have been eligible for a lifetime pension -- also set up a GoFundMe account in March. He raised more than a half million dollars before shutting down the account, more than doubling his original goal of $250,000.

McCabe was fired after it was determined that he lied to investigators reviewing the bureau’s probe of Hillary Clinton’s private email server.