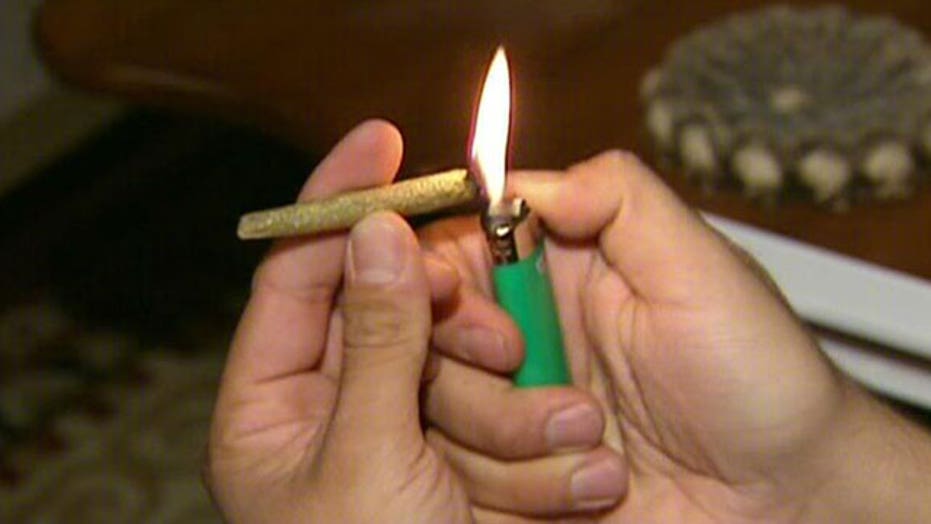 The Obama administration took the unprecedented step Friday of clearing the way for banks to do limited business with marijuana sellers, releasing guidelines for how financial institutions can work with pot shops in states where it's legal.

The move immediately was greeted with relief from the budding marijuana industry. Before the guidance, banks largely had avoided the new pot shops in Colorado for fear of federal prosecution -- leaving marijuana sellers running cash-only operations.

"This is a huge victory for our members, our communities, and the banks that take this opportunity to serve a thriving new market," National Cannabis Industry Association director Aaron Smith said in a statement. "No legitimate business should be forced to manage its payroll, taxes, utility bills, and licensing fees entirely in cash."

It's unclear, though, to what extent banks will engage those businesses. One industry group, the Consumer Bankers Association, voiced legal concerns despite the new guidelines and urged Congress to get involved.

"First, Congress must change federal law which bans the sale and distribution of marijuana. Then all federal regulators must provide clear and precise guidance," group president Richard Hunt said in a statement. "Until then, the nation's 7,000 banks will be highly reluctant to participate in this this new type of 'commerce.'"

The guidance, from the Justice and Treasury departments, is designed to dovetail with legal guidance the Justice Department issued last year to federal prosecutors. In that document, Deputy Attorney General James Cole outlined eight instances where federal authorities would still investigate and prosecute marijuana sales -- cases like selling pot to minors or sharing revenue with gangs.

Under the latest guidelines, banks would also be prohibited from dealing with sellers engaged in any of those illicit activities.

Friday's guidance is intended to increase availability of financial services for legal marijuana businesses. But it still preserves the government's power to enforce criminal laws.

"These guidelines, together with the Treasury Department's guidance to financial institutions, are intended to increase the availability of financial services for marijuana businesses - that are licensed and regulated - while at the same time preserving and enhancing important law enforcement tools," a Treasury Department spokesperson said in a written statement.

Washington state and Colorado became the first states in the country to approve recreational use of pot.

Treasury officials said Friday that the new guidelines do not mean anybody is immune from prosecution. They stressed there is "no safe harbor created" for anybody to do business for this type of client.

But banks are not expected to be prosecuted provided they steer clear of the eight areas outlined in Cole's memo.

Fox News' Shayla Bezdrob and The Associated Press contributed to this report.