Attorney General Jeff Sessions and his deputy, Rod Rosenstein, are back in President Trump’s crosshairs in the wake of the FBI’s raid of his personal lawyer's office on Monday.

He also laid into Sessions over his decision to recuse himself from overseeing the Russia probe -- something Trump has repeatedly hit him for over the last year.

According to The New York Times, which first reported the raid, agents obtained documents related to several issues, including Cohen's payments to adult-film actress Stormy Daniels in the weeks leading up to the 2016 presidential election. 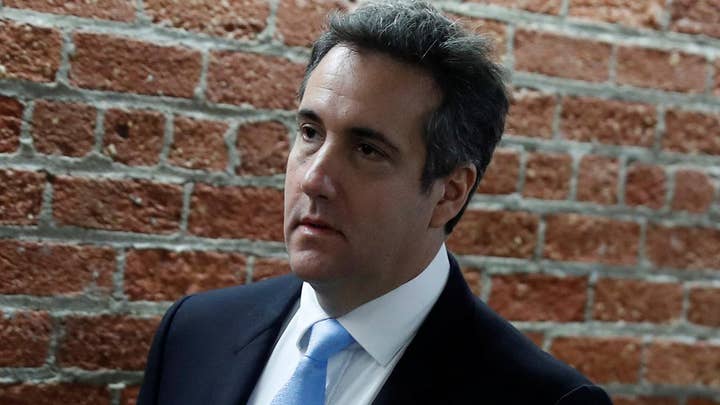 Daniels, whose legal name is Stephanie Clifford, claimed she had sex with Trump in 2006 and was paid $130,000 by Cohen in the days before the 2016 presidential election as part of a nondisclosure agreement.

The Times reported Tuesday that it was also Rosenstein who personally approved the FBI’s decision to raid Cohen’s office -- a move likely to infuriate Trump.

The special counsel’s office declined to comment on the raids but directed Fox News to U.S. Code of Federal Regulations (CFR) Title 28, Section 600.4 regarding “additional jurisdiction.”

Both Rosenstein and Sessions have been a target of Trump’s ire before.

Sessions, in particular, has had a tumultous relationship with Trump.

Sessions was one of Trump’s earliest supporters and shares Trump’s hardline stance on a number of issues that motivates Trump’s base -- such as illegal immigration and law and order.

At times, Trump and Sessions seem to be on good terms, especially when the attorney general is taking action againsnt illegal immigration.

Last month Sessions announced the DOJ was suing California over its “sanctuary” policies, claiming that it prevent federal immigration authorities from enforcing immigration law. Last week the DOJ announced it was taking a “zero-tolerance” policy for prosecution of those who attempted to cross into the U.S. illegally on the southern border.

But, while Sessions may be ideologically-aligned with Trump, it has not kept Trump from repeatedly attacking him publicly. Trump has said on numerous occasions that he would not have appointed Sessions if he knew he was going to recuse himself. But he has not ousted Sessions, like has other Cabinet officials.

Rosenstein, meanwhile, was personally appointed to the role by Trump, but Trump has also soured on him. In June of last year, he griped that he was "being investigated for firing the FBI Director by the man who told me to fire the FBI Director!"

Asked in February if he would fire Rosenstein over his involvement in the Page FISA warrant and if he still had confidence in him, Trump said: "You figure that one out."

But Rosenstein and Sessions appear to have joined forces against the onslaught of criticism from the president. In February they were photographed having dinner, alongside Solicitor General Noel Francisco, in what was widely seen as a sign of unity.