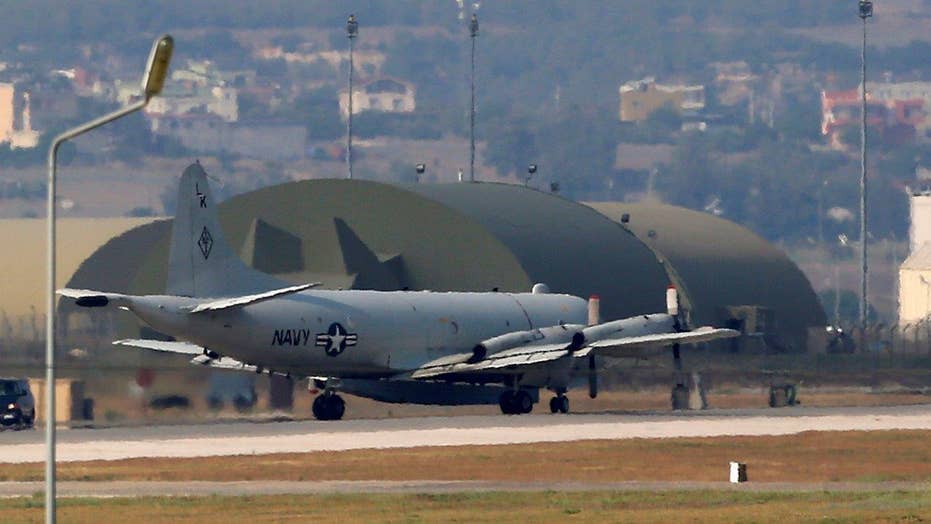 Pentagon to step up presence at Eastern Europe borders

U.S. officials ordered families of U.S. service members and government workers to return home from southern Turkey on Tuesday due to what they called "continued security concerns in the region."

The Pentagon and State Department said dependents of American staffers at the U.S. consulate in Adana, the nearby Incirlik air base and two other locations must leave. The so-called "ordered departure" notice means the government will cover relocation costs. Officials said relatives of essential Chief of Mission personnel could stay.

U.S. jets operating out of Incirlik have been conducting strike missions against ISIS since late last year.

In addition, the State Department on Thursday warned all Americans to avoid traveling to the region, especially to areas near the Syrian border. "Stay away from large crowds, including at popular tourist destinations," the department added in a statement.

"The decision to move our families and civilians was made in consultation with the Government of Turkey, our State Department, and our Secretary of Defense," Gen. Philip M. Breedlove of U.S. European Command said. "We understand this is disruptive to our military families, but we must keep them safe and ensure the combat effectiveness of our forces to support our strong Ally Turkey in the fight against terrorism."

Defense officials said they did not plan to keep families of U.S. personnel out of Turkey permanently. They also cited the need to preserve the military's "combat effectiveness" there.

The State Department and Pentagon had begun a voluntary drawdown of staff last September after Turkey announced it would take a greater role in the fight against ISIS. At the time, military officials said they had recommended the voluntary departure from Incirlik because of specific calls by militants for lone wolf attacks against the air base.

The new announcement comes one day after Secretary of State John Kerry met with his Turkish counterpart Mevlut Cavusoglu in Washington. Turkish President Recep Tayyip Erdogan is set to travel to Washington for a global nuclear security summit scheduled to get underway on Thursday.