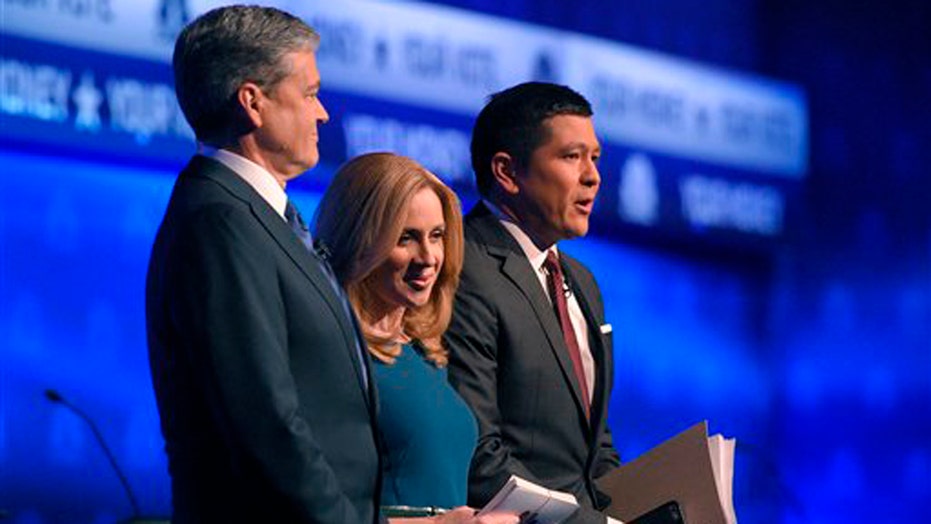 "While I was proud of our candidates and the way they handled tonight’s debate, the performance by the CNBC moderators ... did a disservice to their network, our candidates, and voters," Priebus said in a statement. "Our diverse field of talented and exceptionally qualified candidates did their best to share ideas for how to reinvigorate the economy and put Americans back to work despite deeply unfortunate questioning from CNBC."

Priebus was not the only Republican to take issue with moderators John Harwood, Carl Quintanilla and Becky Quick, as several candidates expressed frustration with the questions posed to them.

"The questions that have been asked so far in this debate illustrate why the American people don't trust the media," Texas Sen. Ted Cruz said early on.

"This is not a cage match," he added. "How about talking about the substantive issues the people care about?"

Others complained the moderators' questions were hostile and based on inaccurate premises.

"That's not true," retired neurosurgeon Ben Carson objected to one moderator's depiction of his tax plans. "When we put all the facts down, you'll be able to see that it's not true, it works out very well."

New Jersey Gov. Chris Christie took issue with one moderator's interruption. "Do you want me to answer or do you want to answer?" he said. "Because, I've got to tell you the truth, even in New Jersey what you're doing is called rude."

In his closing statement Donald Trump chastised the network for trying to extend the debate past the two-hour mark, which he and Carson had teamed up to stop.

"In about two minutes I renegotiated it down to two hours so we could get the hell out of here," he bragged.

Trump, who had predicted the debate would be "unfair" hours before it started, told CNBC after he walked offstage that he felt the Republicans had been treated far differently than the Democrats during their first faceoff earlier this month.

"If you looked at Hillary's deal a couple of weeks ago, the questions were much softer, much easier, much nicer. It was like a giant lovefest," he said. "That did not take place over here. This was pretty tough."

Bush campaign manager Danny Diaz confirmed that he had expressed displeasure to a CNBC producer about the debate.

NBC spokesman Brian Steel responded with a one-sentence statement: "People who want to be president of the United States should be able to answer tough questions."