Once upon a time, former intel chiefs employed a restrained and nonpartisan tone in the public eye. Now, they're diving right into the mud of today's rancorous political fights.

And the current battle between law enforcement circles and congressional Republicans over the controversial memo on alleged surveillance abuse has pulled Obama-era spy guys even deeper into the brawl.

Former CIA Director John Brennan, just before the memo was published, scorched House Republicans for their vote to release it.

“I had many fights with Congressional Dems over the years on national security matters,” he tweeted last week. “But I never witnessed the type of reckless partisan behavior I am now seeing from Nunes and House Republicans. Absence of moral and ethical leadership in WH is fueling this government crisis.”

This came on the heels of Brennan’s criticism of President Trump reportedly labeling some African nations as “s---hole” countries.

“Lady Liberty, our founding fathers, and generations of right-thinking Americans are all weeping tonight over the atrocious comments attributed to Donald Trump, who continues to demonstrate daily that he is a deeply flawed person,” he tweeted.

Brennan, recently hired as an NBC News/MSNBC analyst, has also blasted “inane campaign pledges” on illegal immigration, and last week called for legislation to “protect Special Counsel [Robert] Mueller from political interference” as he conducts his investigation into alleged Russian interference in the 2016 election.

These are no ordinary times, to be sure. The officials are speaking up as the Trump administration and Republicans in Congress are increasingly critical about what they see as evidence of a bias within the intelligence and law enforcement communities against the president.

Critics have suggested the administration has tried to hamper the Mueller probe and unfairly maligned the integrity of the intelligence community.

But this climate, in turn, has seen a transformation in the role played by leading ex-intelligence and law enforcement officials. Obama figures like Brennan are playing an active part in the 'resistance' on social media and cable news.

Former FBI Director James Comey, fired by Trump last year, tore into Republicans over the memo release -- first likening them to "weasels and liars" and Joe McCarthy, and then declaring the "Dishonest and misleading memo wrecked the House intel committee ... and inexcusably exposed classified investigation of an American citizen."

Meanwhile, he has been subtweeting the president on a regular basis. Comey has a tell-all book out later this year, not coincidentally titled: “A Higher Loyalty: Truth, Lies and Leadership.”

After former colleague and Deputy FBI Director Andrew McCabe stepped down last Monday, Comey gave a blistering critique of “small people” he claimed were trying to “tear down” America’s institutions.

Former Attorney General Eric Holder has blasted the release of the Nunes memo as "dangerous and irresponsible." (Reuters)

Former attorney general Eric Holder also has taken aim at the Nunes memo, calling its release "dangerous and irresponsible." He also voiced support for McCabe and attacked those who criticized him.

Former director of national intelligence James Clapper, meanwhile, slammed Trump for what he called his “reprehensible” claim that the Justice Department was part of the so-called “deep state.”

"I think it's pretty reprehensible to use that phraseology in any event," Clapper told CNN earlier this month, calling Trump’s remarks “disturbing.”

He seemed to question Trump's fitness for office after a fiery speech last August.

On Monday, Trump took a swipe at the class of former intel chiefs while ripping Democratic Rep. Adam Schiff, calling him "one of the biggest liars and leakers in Washington, right up there with Comey, Warner, Brennan and Clapper!" 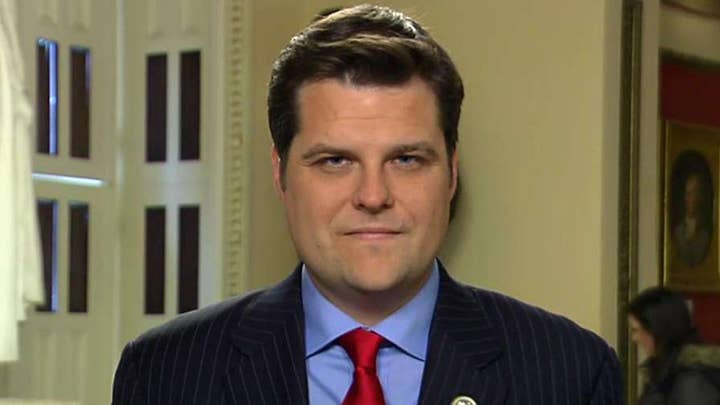 The clash comes amid increasingly heated rhetoric from the Trump administration and allies in the Republican Party -- who have pointed to what they see as bias from the intelligence community. Trump has not shied from blasting the “Deep State Justice Dept.,” and the administration has said he wants to change the culture at the FBI.

Even House Speaker Paul Ryan, R-Wis., speaking about the release of the surveillance memo, called for the agency to undergo a “cleanse.”

Clapper, who was Obama's director of national intelligence, has been vocal in his criticism of Trump (Associated Press)

This kind of rhetoric, former officials say, have put them in an awkward stance which has necessitated speaking out.

"For most of us throughout our careers, we maintained a neutrality. But if you have a genuine conviction that the country is endangered, you can't help but speak out about it,”  former acting CIA Director John McLaughlin told The Washington Post. “No one from the intelligence community who speaks out about Trump does it with joy or satisfaction. It's against the grain of the culture we've grown up with."

But in turn, the role of former intel officials may only serve to fuel claims that the agencies are biased against Trump. 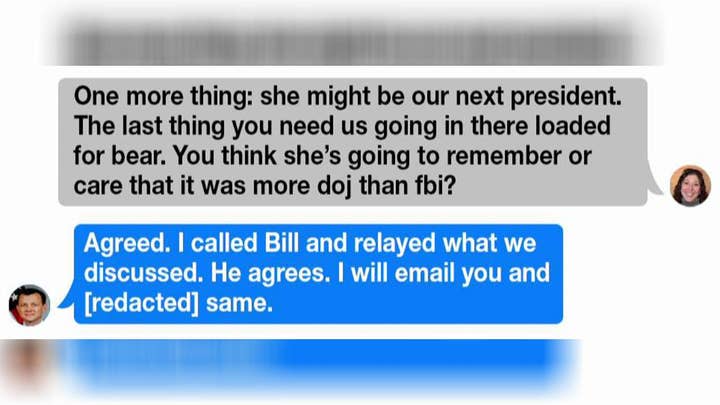 Those suspicions already have plenty of fuel. In addition to concerns about FISA abuse, Republicans have pointed to anti-Trump texts between top FBI investigator Peter Strzok and FBI lawyer Lisa Page.

The release of those texts, sent during the presidential campaign, has not only raised questions about the impartiality of Robert Mueller’s Russia probe (where both officials once served) but the investigation into Hillary Clinton’s use of a private email server -- where Strzok was a top investigator.

The Washington Post also reported Wednesday that McCabe appeared to sit on the discovery of Clinton emails found on former Rep. Anthony Weiner’s computer for three weeks. While Comey would later inform Congress of the FBI’s discovery, the inspector general is now investigating why McCabe acted as he did, and if he and other agents were attempting to stifle the revelation until after the Nov. 8 election.

It is not unprecedented for ex-intelligence chiefs to speak out in the political sphere. Bush-era CIA boss Michael Hayden, for instance, was known to criticize the Obama administration's policies and responses in recent years. Former Bush attorney general Michael Mukasey penned a Wall Street Journal op-ed Monday defending the surveillance memo release as a "product of necessity, not choice."

But with the rhetoric heating up, others have called for their former colleagues to refrain from firing from the hip, with former Defense Secretary Robert Gates warning that it could easily harm the institutions they are working to defend.

“I think that people who have been in these positions, and I would include retired military, need to be very careful in terms of political commentary because you can be looked upon as representing that institution, not just yourself,” he said on NBC’s "Meet the Press."

“So I think, I think people who have occupied senior positions in the intelligence community, in the military and others, need to be very cautious about getting involved in the political process,” he added.