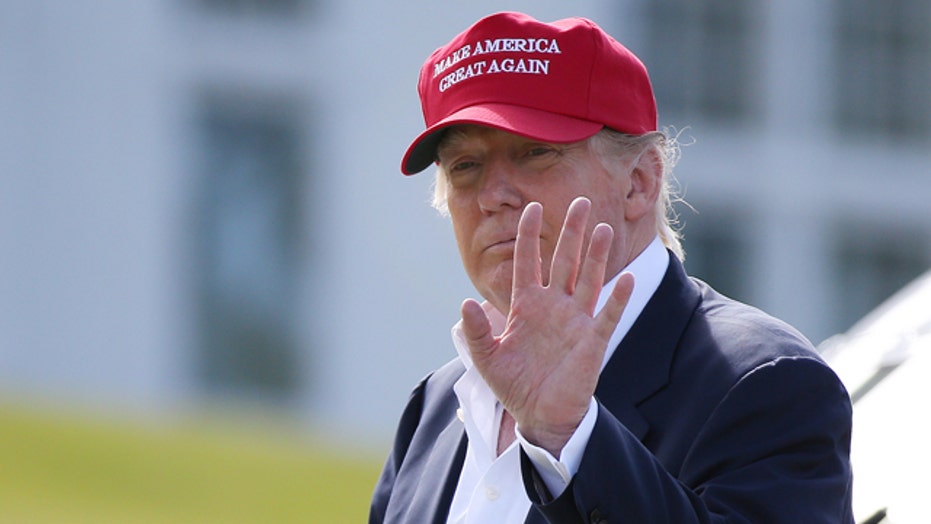 What is it about Donald Trump the Evangelicals like?

Donald Trump, a thrice-married multi-billionaire who is not averse to cussing and once said he was pro-choice, has found evangelical Christian support ahead of Saturday’s hotly contested South Carolina primary.

Trump is leading among evangelical Christian voters with 31 percent in the latest Fox News poll, but Sen. Ted Cruz is only eight points behind at 23 percent, with Marco Rubio at 17 percent and Gov. Jeb Bush at 10 percent, reflecting the divisions among evangelical voters.

“I’ve been in politics for a while, I’ve never seen anything like it,” said Nate Leupp, co-chair of the Republican Party of Greenville and a self-described evangelical voter. “People are getting upset with each other.”

Cruz, the son of a preacher, was first to pursue the Christian conservative vote in South Carolina. Rafael Cruz, his  father, has been campaigning for him in the state since long before Trump made his first visit, say political watchers on the ground. Cruz’s campaign says he has the endorsement of “over 300 pastors and faith leaders” in South Carolina.

“A lot of people have typically thought the evangelical vote was monolithic in South Carolina,” said Randy Page, public relations director at the conservative Bob Jones University. “Perhaps in some cycles it has been.” Page said he is personally backing Rubio.

But now there seems to be a schism among more traditionalist evangelicals like Leupp who is “stunned” that his peers are supporting a divorcee with “a foul mouth, a lack of morals,” and the more new age, Pentecostal Christians who see Trump as a man who has sinned but can be saved. The former, says Leupp and Page, are sending up their prayers for Cruz and Rubio.

The latter are represented in large part by young evangelicals, and television and megachurch pastors like Mark Burns, pastor of the Greenville, S.C-based Christian Television Network. He’s been on the campaign trail stumping for Trump. He acknowledged that he was heckled at a recent appearance at Bob Jones University when he said Trump was “pro-faith.”

“Bob Jones is (part) of the old establishment, that’s the crowd it draws,” Burns told FoxNews.com. “It doesn’t do what the Pentecostal, new age movement does, which is bring the message of grace.”

Aside from the divide among religious philosophies, Burns says South Carolinians are angry with the government and pre-packaged politicians, and are willing to forgive what they see as Trump's moral transgressions in favor of his “authenticity.”

“He is appealing to evangelicals across the board because he (is) authentic and what you see is what you get,” said Burns.

“Millions of Americans are angry and frustrated with politicians, especially those who come to South Carolina and they know the song and dance and they’re saying they are one of us and when they go back to Washington they are voting for legal abortions and same-sex marriage.”

“Trump is a fighter. He is the one to fight for Christianity and for our conservative values we hold dear.”

Leupp agrees voters are angry and that there are many evangelicals who are willing to overlook their own moral -- and political -- principles to vote for Trump. They point to Republicans who have failed them in Washington and presidential candidates who got the religious conservative backing, and lost, like Mitt Romney in 2012, and John McCain in 2008.

In 2012, white evangelical Christians went for Newt Gingrich in the primaries by 45 percent. Gingrich, a conservative stalwart (despite being married three times), won the state primaries in South Carolina and Georgia before dropping out of the race in May 2012.

Evangelicals want a winner. “They use that to justify their ‘we don’t need a person with a record, it’s time to back a person without a record’” approach,” said Leupp, who was backing Bush but is still undecided. He knows one thing: it’ll be anyone but Trump.

"Trump as a nominee would do more to destroy the conservative movement and the Republican Party than Hillary Clinton would do in four years as president,” he declared. “We need to unify behind someone who can beat Donald Trump.”

Daniel Jativa contributed to this report.