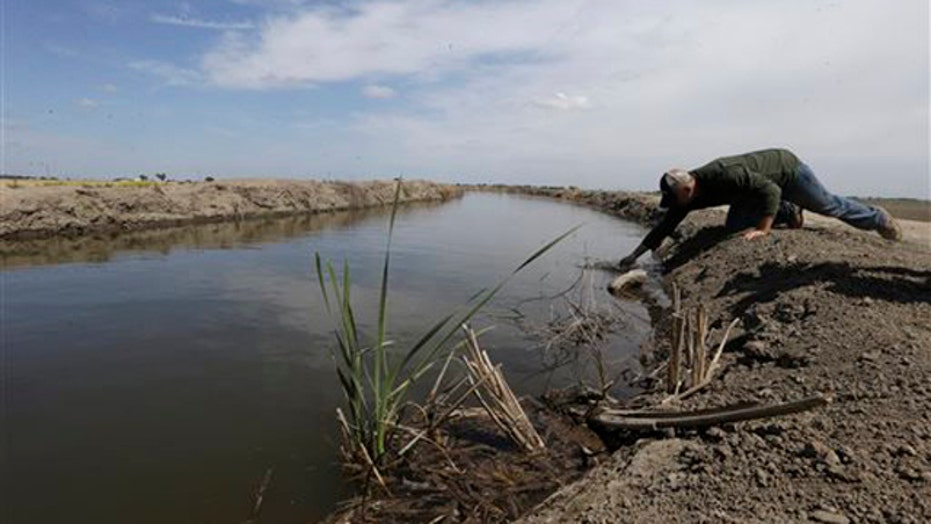 The Environmental Protection Agency, in announcing the finalized Clean Water Rule along with the Army Corps of Engineers, said the changes mark a "historic step for the protection of clean water" and would help roughly 117 million Americans who get drinking water from streams not clearly protected before these regulations. The rule would clarify which smaller streams, tributaries and wetlands are covered by anti-pollution and development provisions of the Clean Water Act.

But the rules have run into deep opposition from farm groups and the Republican-led Congress. The House voted to block the regulations earlier this month, and a similar effort is underway in the Senate. Critics argue the rules could greatly expand the reach of federal regulators, making every stream, ditch and puddle on farmers' and others' private land subject to federal oversight.

“The administration’s decree to unilaterally expand federal authority is a raw and tyrannical power grab that will crush jobs,” House Speaker John Boehner, R-Ohio, said in a written statement following the rules release.

Boehner said more than 30 governors and government leaders rejected the EPA’s water rule. “These leaders know firsthand that the rule is being shoved down the throats of hardworking people with no input, and places landowners, small businesses, farmers and manufacturers on the road to a regulatory and economic hell.”

North Dakota Republican Rep. Kevin Cramer said in a statement the rules "trample on the rights of private property owners as well as local and state governments" and vowed to work with colleagues to overturn it.

EPA Administrator Gina McCarthy, however, said the rule will only affect waters that have a "direct and significant" connection to larger bodies of water downstream that are already protected. The EPA said the rule focuses on streams, not ditches -- limiting protection to ditches constructed out of streams or those that "function like streams and can carry pollution downstream."

Two Supreme Court rulings had left the reach of the Clean Water Act uncertain. The EPA has said 60 percent of the nation's streams and waterways are vulnerable, and these rules clarify which of those waters are protected. The regulations would only kick in if a business or landowner takes steps to pollute or destroy those waters.

McCarthy has acknowledged the proposed rules issued last year were confusing and said the final rules were written to be more clear. She said the regulations don't create any new permitting requirements for agriculture and even adds some new exemptions for artificial lakes and ponds and water-filled depressions, among other features.

These efforts were "to make clear our goal is to stay out of agriculture's way," McCarthy said in a blog posted on the EPA website.

But after the rules were released, Sen. James Inhofe, R-Okla., chairman of the Senate Environment and Public Works Committee, said his panel will consider the Senate bill to force the EPA to withdraw and rewrite the rules this summer and “continue our work to halt EPA’s unprecedented land grab."

Inhofe said the rule makes it "more important than ever for Congress to act." Among other concerns, he said the final rule allows the EPA to regulate isolated waters -- even ponds in farmers' fields -- by declaring them a "regional water treasure."