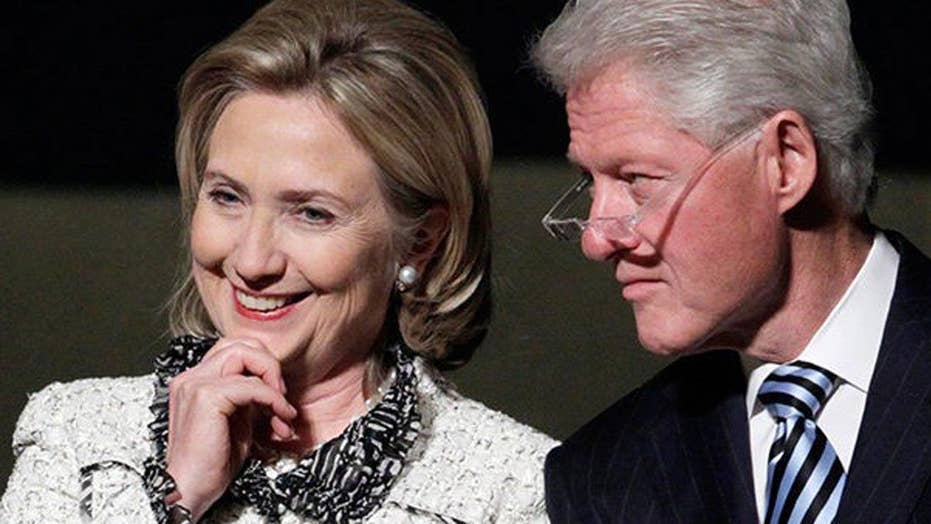 Hillary Clinton’s campaign and its allies have been fuming over James Comey’s decision to publicly revisit the Clinton email investigation – but their concerns about the FBI director apparently aren’t new.

A senior Clinton aide privately called Comey “a bad choice” back in October 2015, according to hacked emails published Thursday by WikiLeaks.

Clinton communications director Jennifer Palmieri forwarded to colleagues a news article in which the FBI director suggested crime could be rising because police officers were becoming less aggressive as a result of the "Ferguson effect," anti-police sentiment following unrest earlier that year in Ferguson, Mo. Comey was widely criticized over the remarks.

Palmieri wrote, "Get a big fat 'I told you so' on Comey being a bad choice." She sent the email to Clinton's campaign chairman, John Podesta, and to the private email address of someone who appeared to be White House spokesman Eric Schultz. Neither responded, and Palmieri did not appear to write further about the subject. Palmieri was the White House director of communications when Comey was appointed FBI director by President Obama in September 2013.

A year later, those reservations about Comey have exploded into a stunning stand-off days before the election, with Clinton allies openly challenging his decision to revisit the email probe and publicly announce the bureau’s actions.

"By taking this highly unusual, unprecedented action this close to the election, he put himself in the middle of the campaign," Palmieri said of Comey.

Comey had announced in July that he was recommending against criminal charges in the investigation of Clinton's use of her private server, but the FBI director also delivered blistering criticism that Clinton and her colleagues at the State Department were "extremely careless in their handling of very sensitive, highly classified information."

The Palmieri email was among more than 2,000 new messages published Thursday by WikiLeaks. The emails were hacked from Podesta's private account.

The U.S. government has said the Russian government was responsible, although WikiLeaks founder Julian Assange said earlier in the day that no government or any other state parties had given the stolen emails to WikiLeaks. He offered no evidence to support his denials, and the wording of his statement did not rule out the possibility that the emails were obtained by a state actor and then provided to another party who then passed them to WikiLeaks.

In another hacked email published Thursday, Palmieri told Podesta and longtime Clinton adviser Neera Tanden in June 2011 that it was time to "bust in that house and get Huma the hell out of there."

Palmieri was not explicit in the reference but it appears to have been prompted by the sexting scandal involving Weiner that forced him to resign from his New York congressional seat. Palmieri sent the email, which she titled "time to get in the hazmat suits," the day before Weiner stepped down after admitting he had sent a sexually suggestive picture of himself to a 21-year-old woman over Twitter.

Another email revealed that appearing on the season opener of "Saturday Night Live" took precedence over delivering the keynote dinner address for the annual gala of the Human Rights Campaign, the nation's largest LGBT rights group — at least in the minds of Clinton's campaign aides.

Lining up an appearance on "SNL" was the Clinton campaign's top effort for the fall 2015 television season. The campaign's deputy communications director, Kristina Schake, called a "surprise guest spot" on the comedy series' Oct. 3 show the "top ask" among television venues.

"Talked to the producers," Schake wrote in an email dated Aug. 6, 2015. "They will write a skit for her and want to confirm asap. Would need to skip the HRC Gala in DC that night, but this opportunity seems more important given the impact it would have."

As it turned out, Clinton managed to deliver a keynote address for the HRC gathering after all — during its Saturday breakfast in Washington. Vice President Joe Biden was the dinner's keynote speaker.

Clinton traveled to New York to appear on "SNL" as hoped, playing a bartender named Val who commiserates with Kate McKinnon's Clinton.