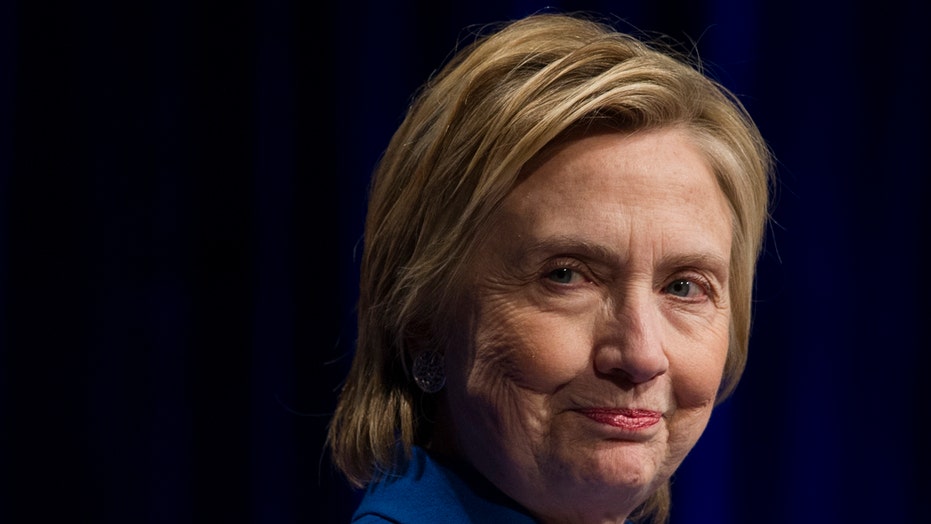 Trump Foundation faces criticism, how about the Clintons?

The election’s over – but Hillary Clinton’s emails are still coming to light. And they help illustrate why the FBI declared she was “extremely careless” with the information flowing across her secret server.

A new batch of messages released by the State Department on Tuesday shows the former secretary of state and her team routinely shared her upcoming schedules, talking points and sensitive items – such as her iPad password – via the homebrewed system.

Other newly revealed emails, which were posted as the result of litigation, show Clinton’s top advisers griping about her during her time as secretary of State; an Asian ruler who later implemented Sharia law saying he considered former President Bill Clinton part of his “family”; and Clinton talking about Justin Cooper, one of the key figures who administered to her private server.

Many of the 371 emails posted on the State Department website had been partially released previously, and are separate from the hacked emails of Clinton campaign chairman John Podesta posted by WikiLeaks before the election. Almost all the messages were partly or heavily redacted.

Among the items redacted -- yet still sent over email -- was Clinton's iPad password.

In an Aug. 20, 2012 conversation, Clinton’s closest aide, Huma Abedin, told her boss she had the iPad password reset. The device had previously given Clinton problems, though Abedin wrote that it’s “all good now.”

At the top of the message, Abedin typed out the entirety of the new password, which was redacted on the State Department release. Clinton responded later with even more information, noting that “I finally realized I had to add the [redacted] to the password!!!!”

During the July speech in which FBI Director James Comey termed Clinton’s server practices “extremely careless” but not criminal, he also said “hostile actors” could have hacked her communications. In at least one instance, Clinton aide Cooper logged hacking attempts on the server.

Still, Clinton and her advisers continued sending information that could be dangerous in the wrong hands, including detailed, advanced copies of her schedules and talking points for upcoming calls and meetings with foreign leaders and top U.S. officials.

On Sept. 30, 2011 – the day American-born terrorist Anwar al-Awlaki was killed – Abedin emailed Clinton to say then-CIA Director David Petraeus wanted to talk on a secure connection. She added: “Assume its about awlaki.”

In advance of a September 2012 meeting with the Sultan of Brunei – who would later impose Sharia law on his country – Abedin emailed Clinton that Sultan Hassanal Bolkiah hoped to have dinner with Clinton and her family.

“They say sultan sees wjc as part of his family and thus is treating you in this ‘informal’ way,” she wrote, using Bill Clinton’s initials.

On Dec. 24, 2011, Clinton emailed Chelsea Clinton, who was using a pseudonym revealed previously by WikiLeaks, asking “Who will provide tech support after Justin leaves,” ostensibly citing Cooper, who originally helped set up Clinton’s server and was typically called for any tech issues Clinton was experiencing.

“Let’s talk about this later – he’s actually supported by someone else too as a fyi,” Chelsea replied cryptically. “I think there are a couple options.”

In an email chain from April 4, 2012 that Clinton was eventually excluded from, Abedin complained about Clinton’s obsession with an archiving project.

“This records thing is the bain of my existence with her….” she wrote.

Philippe Reines, another top Clinton aide, responded with the frustration he experienced explaining to Clinton that she had received the incorrect copy of a document.