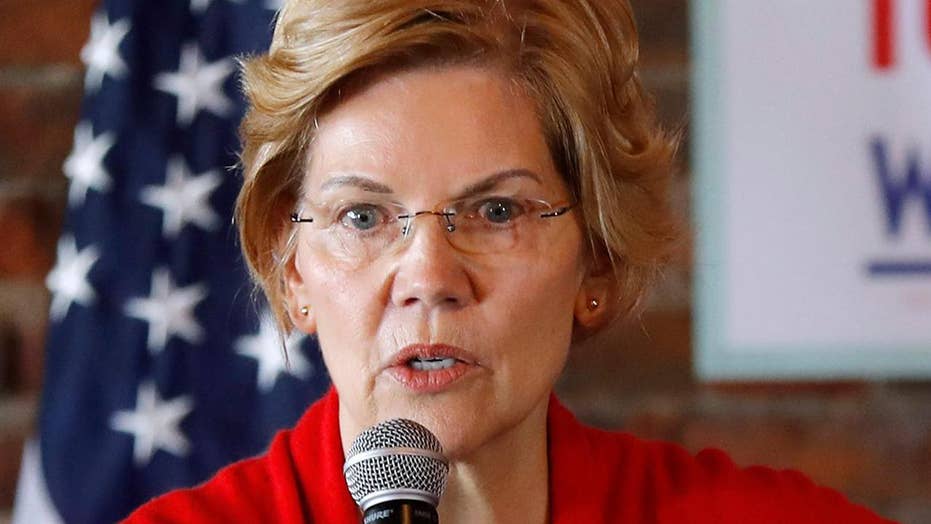 Sen. Elizabeth Warren, D-Mass., issued a blistering tweet Wednesday in which she called for Attorney General Bill Barr to resign from the Justice Department.

"AG Barr is a disgrace, and his alarming efforts to suppress the Mueller report show that he's not a credible head of federal law enforcement," she said.

"He should resign—and based on the actual facts in the Mueller report, Congress should begin impeachment proceedings against the President."

Her comments came just as Barr appeared before the Senate Judiciary Committee and testified about Special Counsel Robert Mueller's report. The testimony occurred just after a report surfaced claiming that Mueller was dissatisfied with the way that Barr presented his report in March but did not call his summary of the report inaccurate.

Barr has faced a wave of criticism after releasing his summary and speaking on the Mueller report, using comments which critics saw as a defense of President Donald Trump.

While Warren trailed some other 2020 contenders in the polls, she seemed to lead other candidates in her calls for bold action after the Justice Department released Mueller's report. She was the first candidate, for example, to call for impeachment proceedings, a step both House Speaker Nancy Pelosi, D-Calif., and other Democrats opposed.

Sen. Kirsten Gillibrand, D-N.Y., another 2020 hopeful, tweeted her support for an investigation into Barr by the Justice Department's inspector general.

Later Wednesday, former Vice President Joe Biden said he thought the attorney general should step down. "I think he's lost the confidence of the American people. I think he should," Biden said in answer to a question while campaigning in Iowa.

"Remarkable to watch Washington Democrats continue to deny reality. Mueller found no collusion, Bill Barr ACCURATELY gave us the report's conclusions, and he then made the FULL report public within a few weeks," House Freedom Caucus Chair Mark Meadows, R-N.C., said. "The left continues to be an outrage machine in search of a problem."