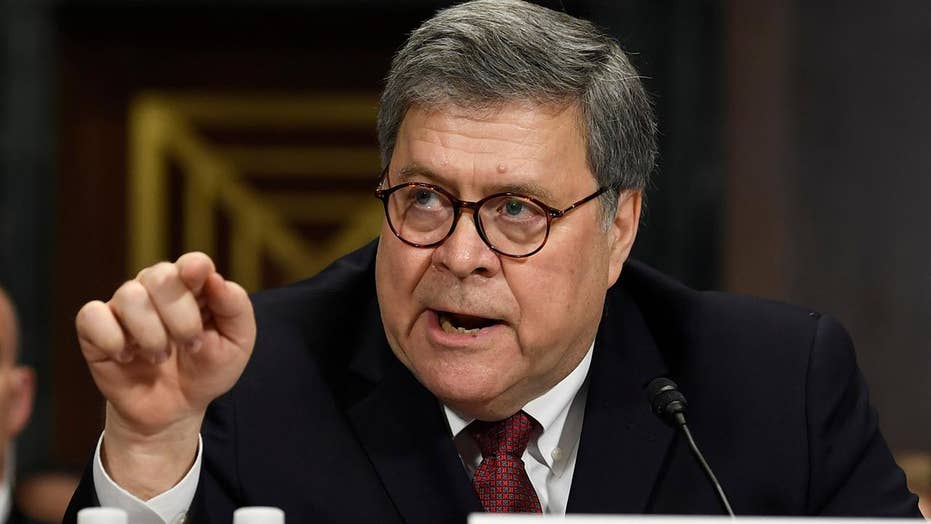 Attorney General Barr: We have to stop using the criminal justice process as a political weapon

The job of the Justice Department is over, the Mueller report is in the hands of the American people and there's an election in 18 months, Attorney General William Barr tells Connecticut Senator Richard Blumenthal, Democratic member of the Senate Judiciary Committee.

Attorney General William Barr testified Wednesday before the Senate Judiciary Committee and faced questions over the handling of Special Counsel Robert Mueller’s Russia report and accusations from Democrats that he sought to present the investigation’s findings in President Trump's favor.

Barr was grilled over a Washington Post article that said Mueller contacted Barr to express concerns about the public summary his office put out in March. Mueller made clear he did not feel Barr’s summary was inaccurate, according to The Post and the Justice Department. Rather, Mueller told Barr that media coverage of the letter had “misinterpreted” the results of the probe concerning the obstruction of justice aspect.

The hearing provided the attorney general his most extensive opportunity yet to explain the department’s actions. On Thursday, Barr is slated to testify before the House Judiciary Committee regarding the report.