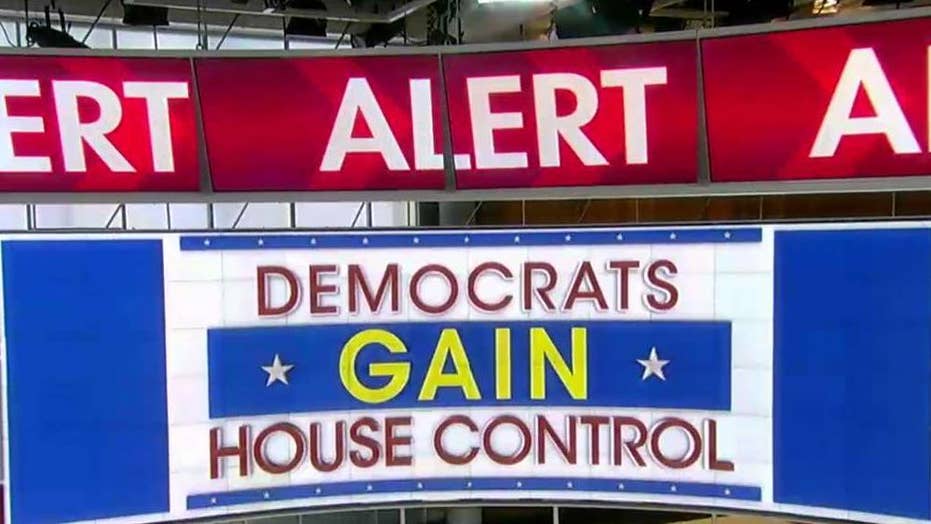 The White House tells Fox News that President Trump is willing to work across the aisle with the new Democratic majority in the House of Representatives.

It was 9:31 in the east when Fox News, President Trump's favorite network, projected the outcome he wanted least: the Democrats would take control of the House.

And that changes everything.

It wasn't quite a blue wave, but enough districts turned blue to end the Republicans' total control of Washington, marking a turning point in the Trump presidency.

And the media will cast Tuesday's outcome as a rejection of Trumpism, which will be the subject of endless cable segments and op-ed arguments.

Trump was always going to own the midterm results, win or lose. The media were going to cast it as a referendum on his presidency regardless, and he embraced that notion, saying he was practically on the ballot, nationalizing the contests around such issues as immigration and spending the final weeks in a blitz of interviews and campaign rallies.

It had been a surprisingly low-key evening until the Fox call, with no major upsets, other than Beto O'Rourke staying even with Ted Cruz before falling short. Even James Carville said his party was not in for as good a night as he had hoped. But the Democrats gradually picked up one House seat after another of the 23 they needed to take control. It would be nearly an hour until MSNBC would join in projecting a Republican loss of House control.

The previously powerless Democrats now wield at least some power in the nation’s capital, which could mean two years of gridlock, unless the president and opposition party decide it's in their self-interest to cooperate on certain issues.

No amount of spin can soften the blow of losing the House to the Democrats. Indeed, there were reports that White House officials had told the president to brace himself for a very tough night. And even in the 8 p.m. hour, with many races too close or too early to call, some pundits were already talking about how Nancy Pelosi's troops could make life difficult for the administration with a blizzard of investigations and subpoenas.

The Republicans held the Senate, and Trump was poised to take credit, though that was practically pre-ordained, given a map that mainly featured Democrats trying to hang on in red states, as North Dakota's Heidi Heitkamp failed to do.

But politics is a game of expectations, and all the media chatter about a blue tsunami came to seem premature. That may be because political races always tighten at the end, and in part because Trump succeeded in mobilizing his conservative base.

The president's tactics — especially his focus on immigration, the caravan and birthright citizenship — were widely denounced by the media in the final stretch. Trump was accused in news stories of using fear-mongering and racially charged divisiveness to rile up his supporters. While the president's rhetoric did get uncomfortably hot at times, and several networks rejected an immigration ad as racist, many in the media also fueled the divisiveness with attacks on the president.

But when the media sages said the president should tout the booming economy, he countered that the subject was unexciting when people were doing well and focused on the more emotional subject of illegal immigration.

What happened to Trump in his first midterm is hardly unique. Barack Obama suffered the same fate in 2010 and 2014, and George W. Bush in 2006. Both took office with full party control of Congress and both lost it.

Donald Trump remains the dominant figure in American politics. But for the first time since the early-morning hours of Nov. 9, 2016, the Democrats have something to cheer about.