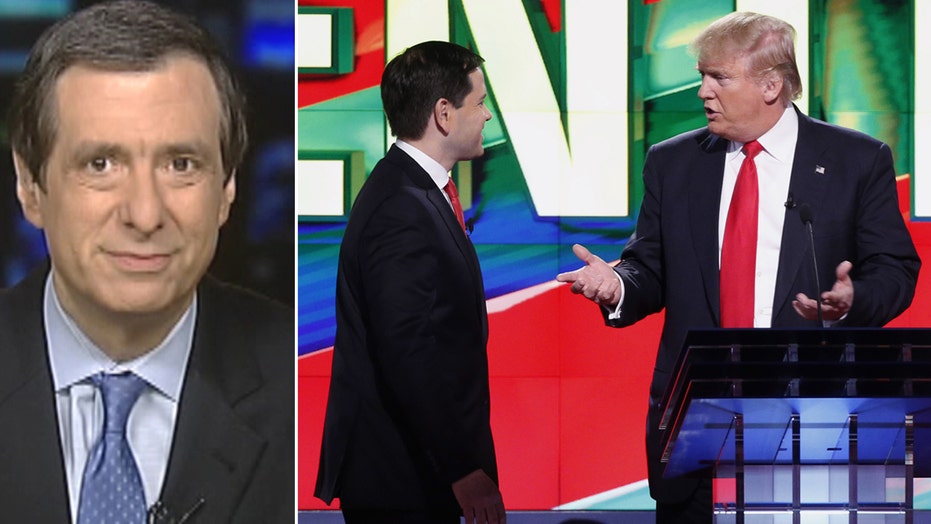 When I sat down with Donald Trump for an interview at Mar-a-Lago, he directed our crew to soften the lighting and pull back on the close-up shot.

He was right. This is a man who knows how to project an image.

I wasn’t surprised at all when Trump was restrained at the CNN debate in Miami. He signaled pretty clearly in our interview that he was done trashing his rivals, at least for now. Trump, in the hallowed tradition of front-runners, is trying to pivot toward party unity.

It wasn’t for lack of trying. How, I wondered, could Trump be running an ad attacking Marco Rubio as “corrupt” and “dishonest,” but also say he wouldn’t rule him out as a running mate?

He responded with more positive words for Rubio. There was none of this Little Marco or Lying Ted stuff. He told me how he had had a constructive conversation with Paul Ryan.

The message was clear: Trump believes he has this thing just about wrapped up, and he wants to mend fences with his Republican detractors. And he told me he expected a milder atmosphere on the debate stage.

Of course, Trump lost control of this coming-together narrative when protestors shut down his Chicago rally the next night. This sparked a heated debate over whether these are thugs looking to suppress free speech or Trump is implicitly encouraging violence with his harsh remarks about protestors. He denied any responsibility in a round of testy Sunday show appearances.

Once again, the media focus was on Trump—he called in to several cable shows on Friday night to explain his decision to cancel the rally—but this time as disturbing scenes of crowd scuffles played out on the television screens.

CNN’s Jake Tapper, who deserves credit for the substantive and civil debate, foreshadowed what was to come by reading Trump the harsh remarks he has made about protestors at previous rallies and asking whether he bears any responsibility.

On that Florida stage Trump was prepared to counterpunch, but it turned out he didn’t have to.

Rubio has admitted that he was uncomfortable when he started hitting Trump with personal insults about small hands and spray-tanning, and embarrassed in front of his kids. He may have overcompensated, because he was a Boy Scout at the debate—his last real chance to buttress his last stand in Florida.

Cruz was also restrained. In fact, when the questioning turned to outbreaks of violence at Trump rallies, he passed up an opportunity to blame Trump. Instead he offered a mild jab about how candidates should pledge allegiance to their supporters, not the other way around. It was Trump who brought up negative information in response, dismissing a far-fetched “Today” show narrative that all those raised hands were reminiscent of Nazi Germany.

But he probably came closer to appearing presidential than in any of the 11 previous debates.

John Kasich, running neck and neck with Trump in Ohio, always takes the high road at debates, so the result was a subdued and issue-oriented affair that some folks complained was boring.

The next morning, Trump rolled out an endorsement by Ben Carson, despite the fact that he had attacked the doctor as “pathological” over elements of his life story. Politics is a strange business.

As our interview was winding down, I asked Trump about some of the thermonuclear attacks by some commentators on the left and right. He usually punches back at them personally, and there was a little of that.

But he also said he didn’t understand their “personal hatred” for him, that it was "unbelievable," that they didn’t know him and didn’t try to reach him and yet wrote terrible things about him. I believe that media attacks actually help him, because his supporters don’t trust the press, but Trump disagreed, and for one brief moment, it seemed like his feelings were hurt.

Donald Trump keeps saying he’s not a politician, but for all his tough talk, he has something in common with those in his new profession: He wants to be liked.