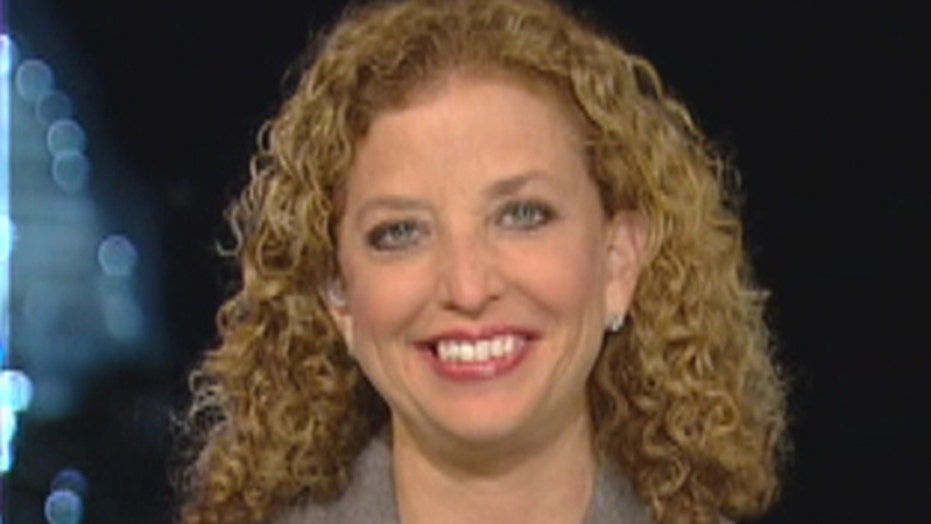 The party boss struggled earlier last week when asked to explain the distinction by MSNBC's Chris Matthews. She was given a mulligan on the question Sunday on NBC's "Meet the Press," but once again chose not to answer directly.

Asked by host Chuck Todd what the difference between a Democrat and a socialist is, Wasserman Schultz tried to turn the discussion to Republicans -- and Donald Trump.

"It's always fun to be interviewed by Chris Matthews, and I know that he enjoys that banter," she said. "The important distinction that I think we're going to be discussing, I'm confident we'll be discussing in this campaign, is the difference between Democrats and Republicans."

She went on to say that Republicans stand for "extremism" and that's why "Donald Trump is their front-runner."

Wasserman Schultz was pressed on the Democrat/socialist distinction since Vermont Sen. Bernie Sanders, a self-described socialist, is running for the Democratic presidential nomination and drawing large crowds in the process.

When first asked the question by Matthews, the DNC leader said the "relevant debate" is the difference between Democrats and Republicans.